The Translation of St Thomas Becket

Today is the Feast of the Translation of St Thomas Becket, commemorating the removal of his relics into the new shrine in the cathedral at Canterbury in 1220.

There is a useful account by J.C.Wall from his Shrines of British Saints, published in 1905, of the shrine and its decoration, with contemporary illustrations and descriptions as well as an account of the Translation of 1220 at  http://www.historyfish.net/shrines/cw_shrines_four4.html#thomas 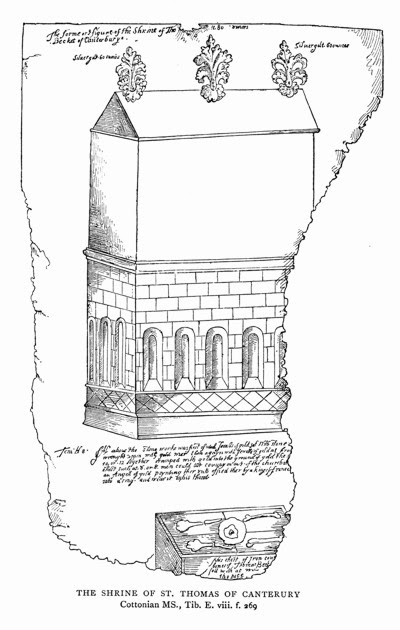 The Translation of 1220 was commemorated later on by the Jubilee of St Thomas, a pilgrimage year every fifty years thereafter - most notably in 1420 when Archbishop Chichele secured it against Papal doubts as to the right of an Archbishop to proclaim a Jubilee year.

Given the determined attempt in the 1530s to eradicate the cult of St Thomas it is surprising how many images survived that and later onslaughts and neglect - unless it also shows the ineffectivemess of sixteenth century government at local level. That said the examples which do survive or have been uncovered are moreover an indication of how many more iomage sthere must once have been visible to the eye.