Saints of the day

When I happened to look at the Universalis list of saints of the day I was interested to see not only St Charbel from the General Calendar, but some other English and Irish saints as well, and thought the Universalis piece copying and adapting as follows:


He was born in the Lebanon, the son of a mule-driver, and brought up by his uncle, who did not approve of his devotion to prayer and solitude. He would go secretly to the monastery of St Maron at Annaya, and eventually became a Maronite monk and was ordained priest. After being a monk for many years, he was drawn to a closer imitation of the Desert Fathers and became a hermit.

At his hermitage he lived a severely ascetic life with much prayer and fasting. He refused to touch money and considered himself the servant of anyone who came to stay in the three other cells that the hermitage possessed. He spent the last 23 years of his life there, and increasing numbers of people would come to receive his counsel or his blessing.

There is an online article about him here.

He was an early Irish bishop and abbot. He is sometimes said to be one of four bishops to have preceded Saint Patrick in Ireland in the early 5th century (See also Saints Ailbhe, Ciaran, and Ibar), although he is also made a contemporary of Saint David in the mid-6th century. There is an online article about him here.

Robert Ludlam was born around 1551, in Derbyshire, the son of a yeoman. After studying at Oxford he went to the English College at Rheims and was ordained priest there in September 1581. At the end of April 1582 he set out for England to pursue his ministry there.
Nicholas Garlick was born around 1555, also in Derbyshire. He spend several years as a schoolmaster, then went to the English College and was ordained at the end of March 1582. He came to England in January 1583.

Image:supertradmum-etheldredasplace.blogspot.co.uk,
There is a biography of Nicholas Garlick at https://thecatholicchurchinglossop.wordpress.com/2012/04/17/blessed-nicholas-garlick/

Both Ludlam and Garlick were arrested at Padley Hall, in north Derbyshire, whose owner, Sir Thomas Fitzherbert was imprisoned in the Tower of London until his death in 1591.

Convicted of the crime of being priests, they were hanged, drawn, and quartered on 24 July 1588 in Derby. According to eyewitnesses Ludlam stood smiling while the execution of Garlick was being carried out, and smiled still when his own turn came.


At Padley the manor gatehouse with a small chapel, restored in 1933 is a pilgrimage site. There is an annual pilgrimage and an account of the chapel, and longer biographies of both the martyrs, can be found at the sections on the Diocese of Hallam's website History of Padley Chapel and A brief history of Padley Martyrs' Chapel and Manor


Close to the site of their execution is St Mary's Chapel Derby. There is an account of it at St Mary's Bridge Chapel 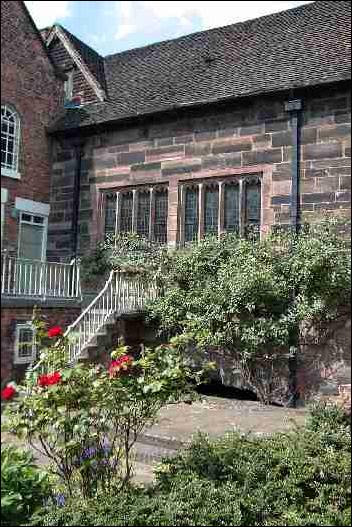 After the Reformation the bridge chapel was closed and nothing is recorded until the 25th July 1588, when Nicholas Garlick, Robert Ludlam and Richard Simpson were hung drawn and quartered and their remains draped over the chapel entrance. Garlick and Ludlam, having been arrested at Padley Manor were taken to Derby for trial , together with Simpson another priest who was already in custody. After conviction, they spent their last night at the chapel which was then in use as a prison. 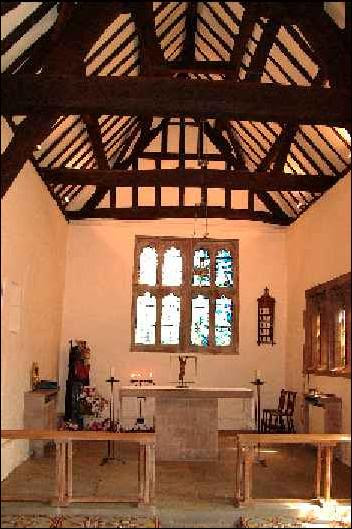 The interior of the chapel

It was the story of the Padley Martyrs that inspired Mgr. Robert Benson to write his work of historical fiction about the period.

John Boste was born in Westmorland around 1544. He studied at Queen’s College, Oxford where he became a Fellow. He converted to Catholicism in 1576. He left England and was ordained a priest at Reims in 1581. He returned as an active missionary priest to northern England. He was betrayed to the authorities near Durham in 1593. Following his arrest he was taken to the Tower of London for interrogation. Returned to Durham he was condemned by the Assizes and hanged, drawn and quartered at nearby Dryburn on 24 July 1594. He denied that he was a traitor saying: “My function is to invade souls, not to meddle in temporal invasions”.

Stephanie A. Mann at Supremacy and Survival: The English Reformation has a post with more details of his life and death and that of another martyr whose anniversary fall probably today, Joseph Lambton, which can be seen at More Martyrs in July: Blessed Joseph Lambton and St. John Boste