The other day the Mad Monarchist blog had a post about one of the lesser known Renaissance holders of the papacy, Pope Paul II, who reigned from 1464-71. The Supreme Pontiffs of the period are often traduced in the popular imagination, and the article seeks to redress the balance in the case of Pope Paul. Despite a typo which confuses his dates of election and death, this makes for interesting reading, and reproduces a photograph of a bust of the Pope, showing him as a striking looking man.

Proud of these good looks he was said to have wanted to take Formosus as his papal name when elected, as it means beautiful, but was persuaded to adopt the safer name of Paul - but is that story a bit of fifteenth century calumny or tittle-tattle? 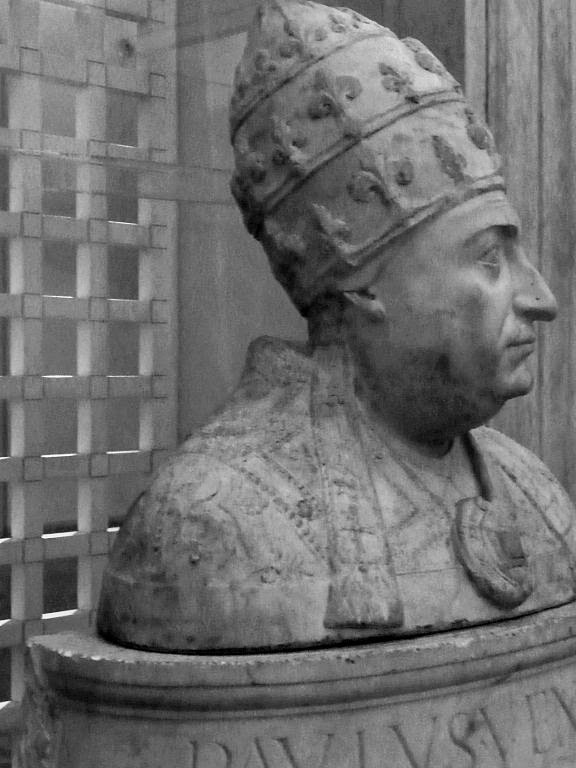 Pope Paul II
The victim of his good looks and his tiara?
Image; Mad Monarchist

The Mad Monarchist refers to rumours about the cause of the Pope's death - the version I have seen is that he suffered a stroke as a result of wearing a new and heavy Papal tiara - what a way to go! Again - is that true or is it gossip?

The post can be read at Papal Profile: Pope Paul II