Today is the 190th anniversary of the death in 1824 of King Louis XVIII.

There is an online biography of him here.

King Louis XVIII
Detail from the portrait below


As effective King of France from 1814-15 he was successful in re-establishing the traditional monarchy within a model of contemporary understandings of constitutionalism. That might well have been a basis for alonger-term settlement than it turne dout to be. He himself expressed his doubts as to whether his brother and heir, Charles Count of Artois, was going to be able to maintain that settlement. The fact that he did not prove able to do so has always invited comparison with King Charles II and King James II in England.

Cynical and calculating, a wary man, he was successful as a monarch, less attractive as an individual. Unlike the jibe about his dynasty he certainly had learned from the events of 1789 and thereafter, as indeed had King Charles X, even if they were different lessons. When it came to forgetting King Louis remained hostile to the House of Orleans in a way his supposedly more reactionary brother was not.


In some respects, including his appearance, he remained in many ways an eighteenth century figure, unlike King Charles X, who, although only two years younger, had embraced ideas and concepts of the times in which he found himself. King Louis XVIII had late eighteenth century cynicism, suited to the politics of any age, King Charles X possessed early nineteenth century romantic idealism, which is a less sure source of political strength in troubled times. 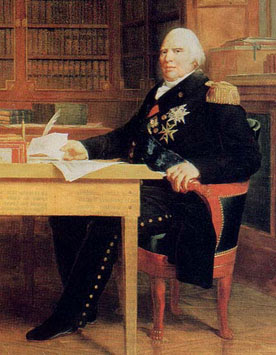 King Louis XVIII at his desk


When King Charles X died in 1836 King Leopold I of the Belgians wrote to his neice Princess Victoria in England  "Poor Charles X is dead. history will state that Louis XVIII was a most liberal monarch, reigning with great mildness and justice to his end, but taht his brother, from his despotic and harsh disposition, upset all the other had done and lost the throne. Louis XVIII was a clever, hard-hearted man, shackled by no principle, very proud and false. Charles X an honest man, a kind friend, an honourable master, sincerein his opinions and inclined to do everything that is right." 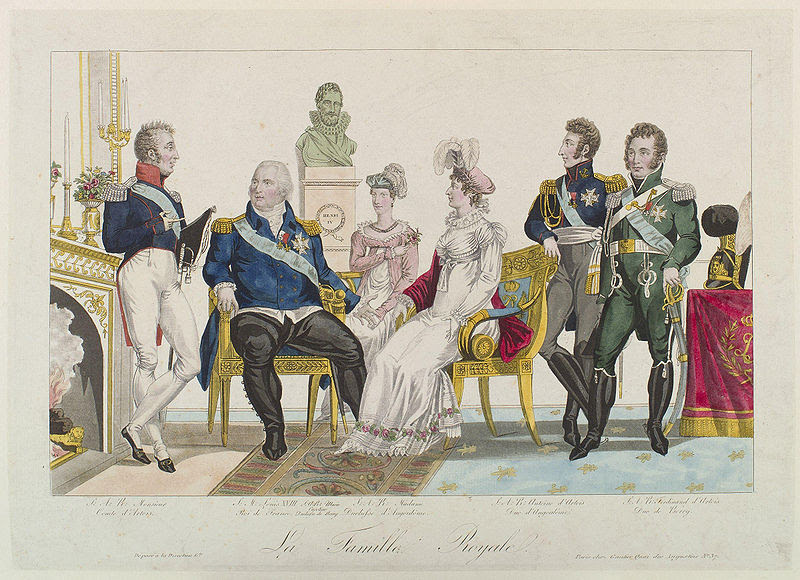 A print by Gautier before 1820


King Louis XVIII was the last monarch in France to die in actual possession of his throne.