Today is the centenary (NS) of the abdication of the Emperor Nicholas II in 1917.

Having initially abdicated in favour of his son Tsesarevich Alexei in the afternoon late on that day he issued a second abdication on behalf of his son but timed as of his first document. This was because it was feared the outgoing Emperor and his wife would be separated from their invalid son. So instead of being coming Regent the Grand Duke Michael was to succeed his brother as Emperor Michael II. The following day, being awakened to the news he was now Emperor, he met with representatives of the Provisional Government and neither accepting or declining the position, said he would wait for the Constituent Assembly to meet to decide the form of government of Russia. Before it met Kerensky declared the country to be a republic on September 1st, followed by the Bolshevik revolution in October.

The story of the Emperor Nicholas, his Empress Alexandra and the fate of their family is well known - there is an online biography with links at Nicholas II of Russia -  and it is a story full of tragedy and horror.


The tragedy is not just personal, of his family, and dynasty but also of Russia itself. It has elements of Classical tragedy - were the events of the Emperor's reign foreordained by an evil providence, or when and how could things have turned out differently. I do not believe in historical inevitability, and at many points in the last years of Romanov rule different outcomes were possible.

One obvious question is how might the Duma and the political parties within it have evolved without the disaster of the First World War. Another is whether Russia could have become a constitutional monarchy like those of the rest of Europe - the precise balances of power within such systems being secondary to the basic principle. A further point is whether the Emperor Nicholas could have come to accept and work effectively with such a system and whether Russia could produce a political class to effectively operate and manage a parliamentary system. that, for example, remains a living issue today. The Emperor reading his speech at the State Opening

Other members of the Imperial Family appear to have been more responsive, and they appear as a wider family to have felt excluded from the centre as the Emperor and Empress, their daughters and frail son became rather isolated from the rest of the Romanovs. Something of that can be seen in the life of the designated successor Grand_Duke_Michael_Alexandrovich_of_Russia.

Much of this does turn on the personality and abilities of Emperor Nicholas II. He often appears limited and unimaginative, blinkered and out of his depth. He had many good personal qualities as a man, husband and father, and whether those qualities in different circumstances could have made him an effective Emperor under whatsoever constitutional dispensation remains a topic for reflection and to which there is no quick answer. 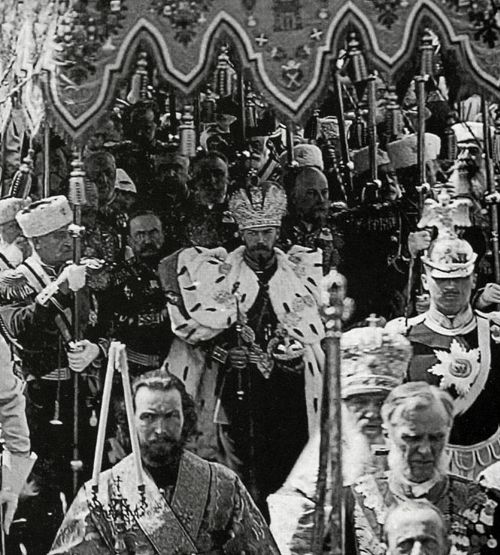