The BBC News website has had a couple of reports about the decision of Philip North, the Anglican suffragan Bishop of Burnley to withdraw his acceptance of the Bishopric of Sheffield. The more recent version can be seen via the link below:


Church of England at war after Bishop Philip North's U-turn 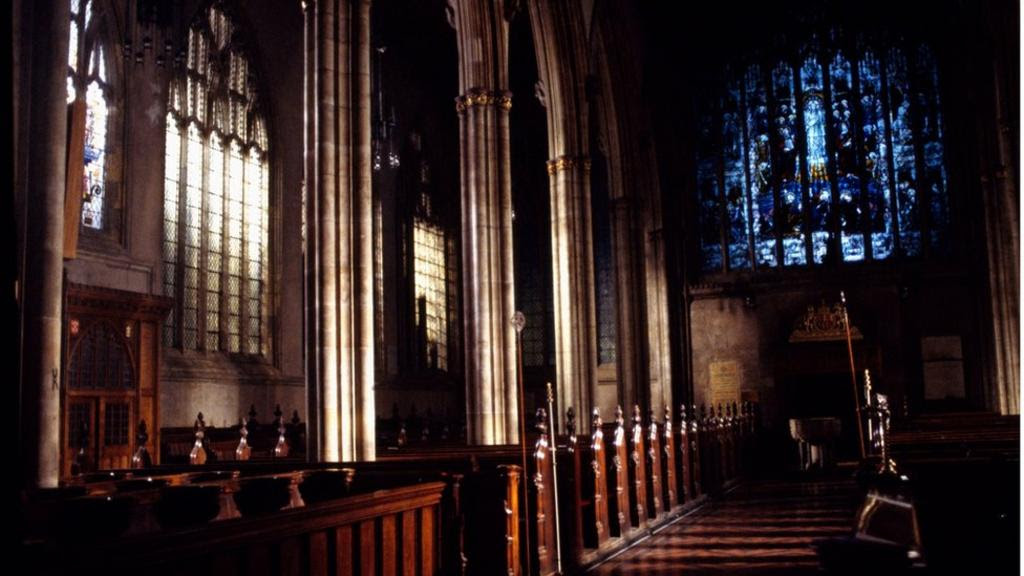 Why is there so much anger among Anglicans after Philip North chose not to be Bishop of Sheffield?


As the articles point out Bishop North, previous to his elevation to Burnley, had withdrawn under similar pressures from accepting the Bishopric of Whitby, the usually Anglo-Catholic suffragan of the diocese of York.

Several thoughts come to my mind about this sorry state of things in the Church of England, of which I was once a member.

Firstly there is the rigid feminist and liberal intolerance that is now entrenched amongst so many of those who have chaplaincies and deaneries - read the article - and those they support and encourage. There are no enforceable safeguards to protect the consciences and opinions of traditionalist Anglo-Catholics, Evangelicals or anyone else who objects to the foisting of women clergy upon what still claims to be part of a fractured but historic Church. That failure to give proper safeguards contributes to the creeping decay of the Anglican Church - and it really ought to offend the tender consciences of those very liberals who doubtless claim it everywhere else save in the organisation they belong to...

Secondly, Anglo-Catholics really should wake up and smell the incense ( or lack thereof ) and do the sensible thing and seek the Roman option either directly or through the Ordinariate. One Anglican friend told me recently that the present trend in Rome inhibits him from making the move. I heard what he said, but it really should not deter - things and people and office holders change...

Thirdly, I feel sorry for Bishop Philip North, whom I have met occasionally through Pusey House and when he was at Walsingham. I gather that his ministry as Bishop of Burnley has been widely appreciated by Evangelicals as much as Anglo-Catholics and that he has been very successful in working with church youth groups.

The last time I encountered him was before he became a bishop at a study day at Pusey House on the proposal to establish the Ordinariate back in, I suppose, 2010. He was then arguing that the established and recognised nature of the Church of England enabled him to reach people he would not be able to do were he to join the Ordinariate. He was, therefore, not attracted by that project. He may just have had a point - a point - but now the squawking elite in the Church of England are preventing him reaching the people of the Sheffield diocese. It is not an especially Anglo-Catholic minded one, but with some notable if isolated centres ( or so it used to be) and he surely has a right to be heard there.