Today I had amost enjoyable day out with a college friend from Oriel and it was an opportunity to talk about plans and hopes for the future.

We drove westwards to Malmesbury in northern Wiltshire. I had been there once before but for him it was a first visit. Attractive and slightly intriguing town on a hill almost surrounded by the river Avon, and having parked down by the river we climbed up the hill. The town is dominated by the remains of the medieval Benedictine abbey.

Today only a fragment remains of the church, that is the majority of the nave, and most of the site is accessible, although the eastern chapels have disappeared under a path and gardens. The central tower appears to have fallen as a result of a lightening strike a few years before the dissolution, hence teh fragmentary stae of the church 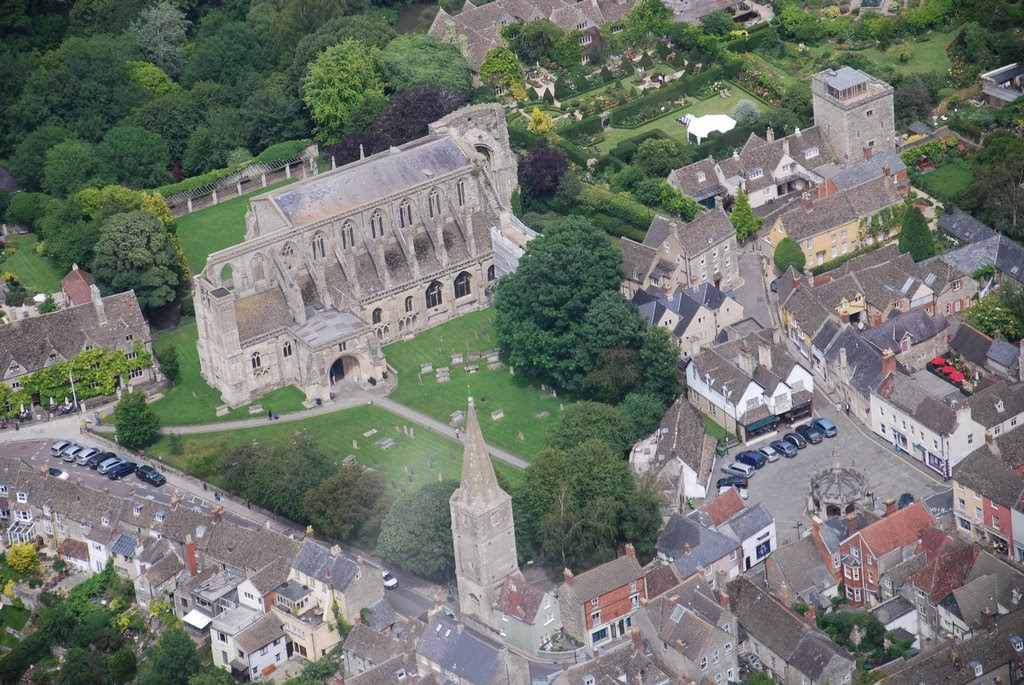 Malmesbury Abbey from the air
In the lower part of the picture is the tower and spire, all that now remains of the church of St Paul, once the place of worship for the townspeople 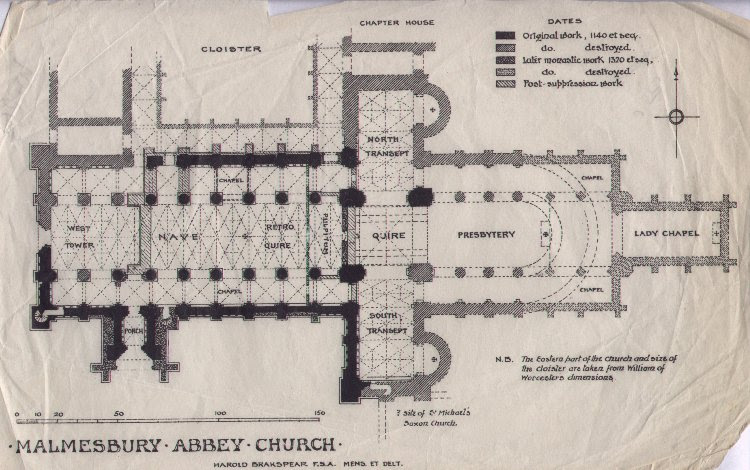 Plan of the abbey church

The plan has been recovered of the Norman rebuilding with its later extensions eastwards. Prior to its collapse the spire, is said to have been, at 431 feet, taller than that of Salisbury Cathedral at 404 feet.

A reconstruction of the chrch and the lightning strike

Today the especual glory of Malmesbury is the south door and porch. This is some of the most important Norman sculpture in England, encased in a late medieval outer casing. The sculpture is  sadly worn on the  outer portal but is still very impressive. 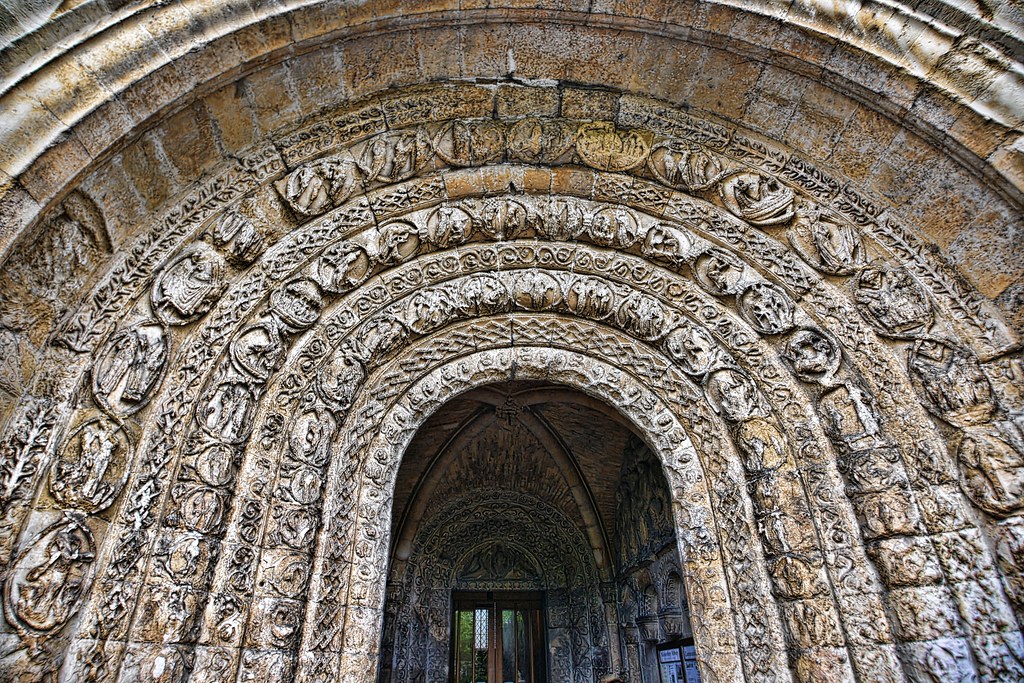 Image:staticflickr.com
Within the porch are carvings of the Apostles:

Image:saintsandstones.net
The inner door has Christ in Majesty, flanked by angels:

From what remains of the ruined west end the great west door was similar. Today this is still very striking; if it was originally painted to enhance as well as protect it the effect must have been much more intense, a powerful introduction to the House of God. This is all from a  period when Malmesbury Abbey was a leading intellectual centre, with the community including the chronicler William of Malmesbury and the house possessing a major library. This was also the era of the early eleventh century Flying Monk - Eilmer of Malmesbury. 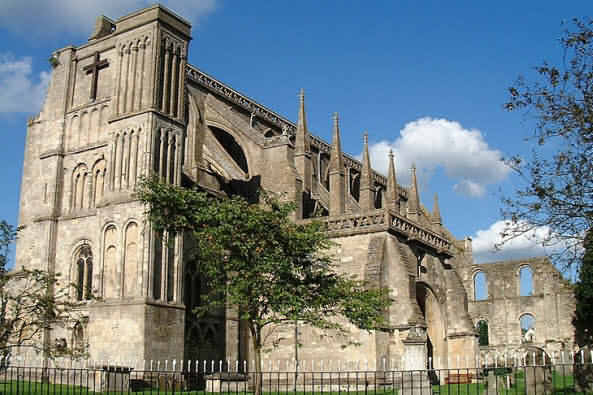 The church from the south-west

Image: Cotswold Info
Today about three-quarters of the nave survives. The exterior is a fourteenth to fifteenth century recasing, and inside Norman work with a gothic vault. It has arguable links to the design of the nave at Hereford both in respect of the arcades and the west end. Both churches added a western tower over the two western bays of the nave - and both collapsed wrecking catastrophic damage.


The church is now parochial and the layout of the interior reflected its modern Evangelical churchmanship. This was welcoming, but as my friend, who is a practising Muslim observed it felt like a Community centre. Yes - I know churches are communitues, but they are also more than that. I told him about the Februart half-term use of the nave as a skate park - andif you do not believe me look at  malmesbury abbey skate - Skate — Malmesbury Abbey

That said we did receive a friendly but not oppressive welcome to the abbey church, which was quite busy with other visitors.

We paid our respects to the fourteenth century tomb of King Athelstan (924-39) - arguably the first King of a unified England, and I saw there was an extensive number of books about him on sale.

The tomb of King Athelstan

The tomb was presumably rescued from the choir, and I assume his bones still lie is the destroyed part of the church. It is somewhat battered but the detail of, for examle, his shoes suggest this was once avery splendid tomb indeed. After lunch - not at the pub called in honour of Eilmer The Flying Monk, which we did not find - and a further walk round this attractive and quite distinctive town we travelled back via Fairford - where we did not find space to park and enable me to show the wonderful stained glass in the church to my friend - to Lechlade, where we stopped for tea and so returned to Oxford.

A very enjoyable day out with a good friend and a good way to celebrate the anniversary of my reception in 2005 into the Catholic Church.