I came across the following post “Mooke, fylthe and other vyle things” – Tudor dirt and dung on the History Extra site. Using material from the city records in York Pamela Hartshorne describes householders’ daily battles with rotting vegetation, dung heaps and overflowing cesspits in Tudor England. It shows that valiant attempts were made to keep the city streets clean. 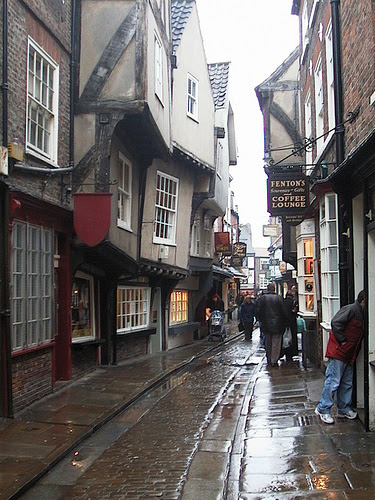 The Shambles in York
The quintessential medieval side street of York, and the butchers quarter - often a particular cause of nuisance to street cleanliness in the period

The article was first published in the August 2014 issue of BBC History Magazine. Read the full story