Another car park, another King


Digging up or looking for English medieval Kings appears to be all the rage amongst archaeologists these days - not that I am objecting to such research being undertaken.

Following upon the recovery of King Richard III at Leicester and a tentative identification of either King Alfred or King Edward tbe Elder at Hyde Abbey in Winchester - well, of one possible bone - and now attention has turned to looking for King Henry I on the site of Reading Abbey.

In the abbey he held pride of place as founder and the abbey received quite a few other royal burials down to the later fourteenth century, when King Richard II ordered the Abbot to restore King Henry's tomb in return for a charter of confirmation of privileges.

No effort appears to have been made to rescue his remains at the dissolution of the Abbey in 1539, and the site became lost of the fragmentation of the monastic site. 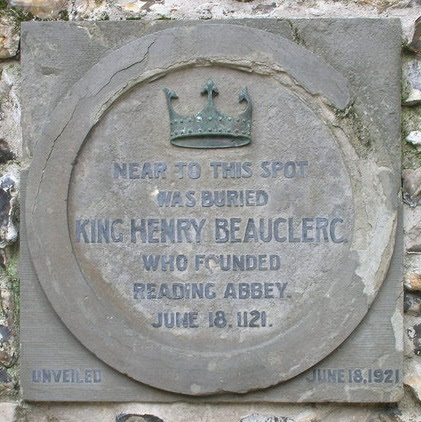 The twentieth century memorial on the site of Reading Abbey