The Nation that Forgot God


My friend Alex Haydon sent the following message round the other day, which I think worth sharing:

" As it is St George's Day, I felt this was a fitting occasion to tell you about the book I recently revised and re-edited with Sir Edward Leigh.

Described by the Catholic Times when first published as ' a modern classic on the state we are in' and 'a book to be read by all who are concerned with the present state of the Christian religion', The Nation that Forgot God was re-published in February by Gracewing. With 12 chapters by distinguished thinkers, including contributions by the late Sufi writer, singer and composer Shusha Guppy, and by Roger Scruton (who called Guppy in his obituary 'one of the most talented women of her generation'), it is, as its subtitle says, 'a Chorus of Challenge to the Secular Establishment'.

With a substantial and characteristically outspoken new foreword by Cardinal Pell, 2 fresh chapters replacing ones from the first edition - including one by Bishop Philip Egan on 'Secularism as a Christian heresy' - and a substantial rewrite of Sir Edward's original chapter on the 'Grave Symptoms' of Britain's secular sickness, as well as some further stylistic improvements and updates throughout, it is described by the publisher as 'a forthright, succinct and readable analysis of the nature and consequences of secularisation, including a wittily acerbic history of its ideological evolution. But', please note, 'this is not just a social history: it is also a guide to how we as individuals can change history.'

Owing to Cardinal Pell's comments on the legalisation of same-sex marriage in the foreword, the Catholic Herald online ran the following report:

Inevitably controversial, as must be any book that seriously challenges the assumptions of secular humanism, and particularly so over modern notions of marriage, it also contains an invitation to agnostic readers to consider adopting 'assumism':

'Assumism accepts that religion is incapable of proof. We should throw ourselves over the precipice of uncertainty and plunge into the waters of belief. Read the Scriptures, practise them and then experience the great unfolding of joy that comes. ... It is not simply an abstract idea; it arises from my own experience of persevering in faith in spite of my doubts. ... It almost boils down to: just try acting as if it was true, and see what happens. What have you got to lose?' (Sir Edward Leigh: 'Introduction: the Virtues of Assumism').

It would be very gratifying if some of you decided to buy a copy, but I shan't be offended if you don't!

NB If you google 'nation forgot God', the first 2 results bring up a link to the first edition, published by the Social Affairs Unit. You are of course perfectly entitled to buy a copy of that if you wish, but I feel very strongly that you are likely to prefer the 2nd edition, by Gracewing (3rd result when I tried it today) - it has the new foreword and chapters, is more up-to-date statistically and generally more readable, as well as having a better-looking cover.

For those with access to sales outlets (this applies to two or three recipients), I would of course be delighted if you chose to order a few copies.

For those who have already bought a copy, thank you for your interest. I hope you have enjoyed reading it. Do tell your friends about it if so!" 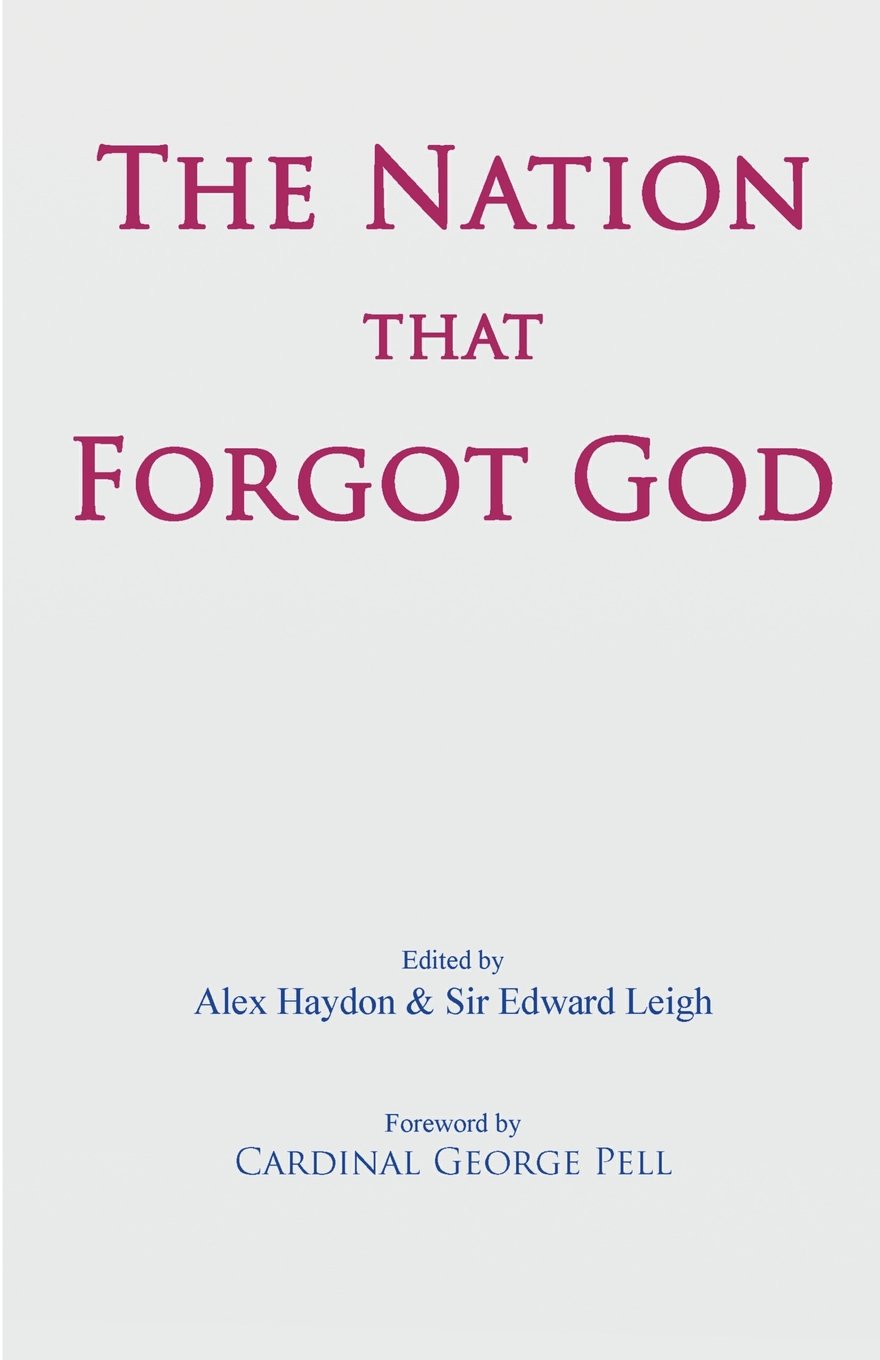 The Clever Boy would merely add that he thinks it a pity that Gracewing did not provide this important set of essays with a more eye-catching cover to make it stand out on the shelves in bookshops ( if anyone does still buy books in shops rather than online - well, of course we know they do, especially in church based outlets ).