Today is the liturgical commemoration of the martyrdom of St Cuthbert Mayne, the protomartyr of the English mission, on  30th November 1577 in the market place at Launceston in Cornwall, 435 years ago. Born in Devon in 1544 he was a member of St Alban Hall and St John's College in Oxford, where he had served as chaplain. He had been captured the previous summer at the Golden House, the home of Francis Tregian ( born in 1548) at Probus near Truro. 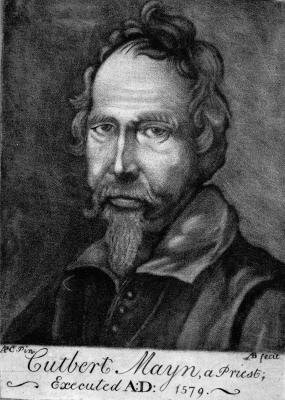 St Cuthbert Mayne
The year of his death is wrong by two years
Image: Amazon


There is a good account of his life here and there is also an illustrated account from St Cuthbert Mayne church Launceston here . The biography by Raymond Francis Trudgian in the Oxford DNB can be read here. There is an account of Francis Tregian, who was sentenced to life imprisonment, but released by King James I, here. Trudgian's Oxford DNB life of him and his son, also named Francis, can be read here. 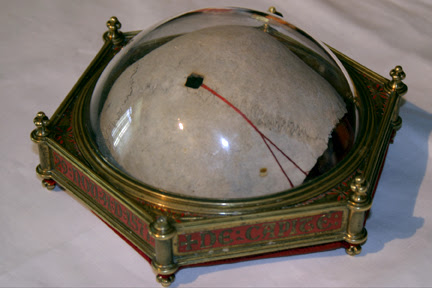