Image: enluminures.culture.fr
Here are two views of a twelfth-century statue, probably of the later 1140s or 1170s, from the destroyed tomb of St. Lazarus in the latter's collegiate church in Autun, now in that city's Musée Rolin. It is attributed to the monk Martin and belongs to the great sculptural tradition of twelfth centuy Autun:

Side view of the statue 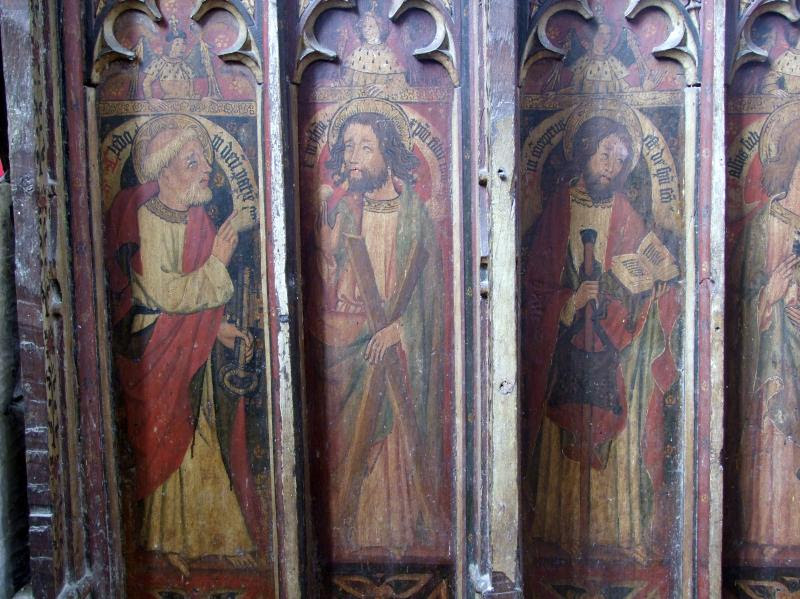 Fifteenth century Rood screen at Gooderstone church in Norfolk
St Andrew stands between St Peter and St James the Great  and St John (partial view)
Each apostle carries his emblem, and has the verse attributed to him from the Apostles Creed above his head.
St Andrew's costume is similar in its style and colouring - green mantle and pink or purple gown - to other images of him from the period, and which became part of the design of the insignia of the Order of the Thistle.

Image: johnevigar on Flickr
Although in Britain he is traditionally associated with a saltire cross in his martyrdom this is not always the convention on the continent. Thus his martyrdom is shown as happening on a conventional cross as in this illumination in an earlier thirteenth-century psalter (ca. 1230-1240) from Hildesheim: St Andrew (at right) as depicted in a panel painting of 1395 by Taddeo di Bartolo, now in the Museum of Fine Arts, Budapest.
Here again he carries an upright cross of martyrdom rather than the more usual saltire form.
Image: World Gallery of Art 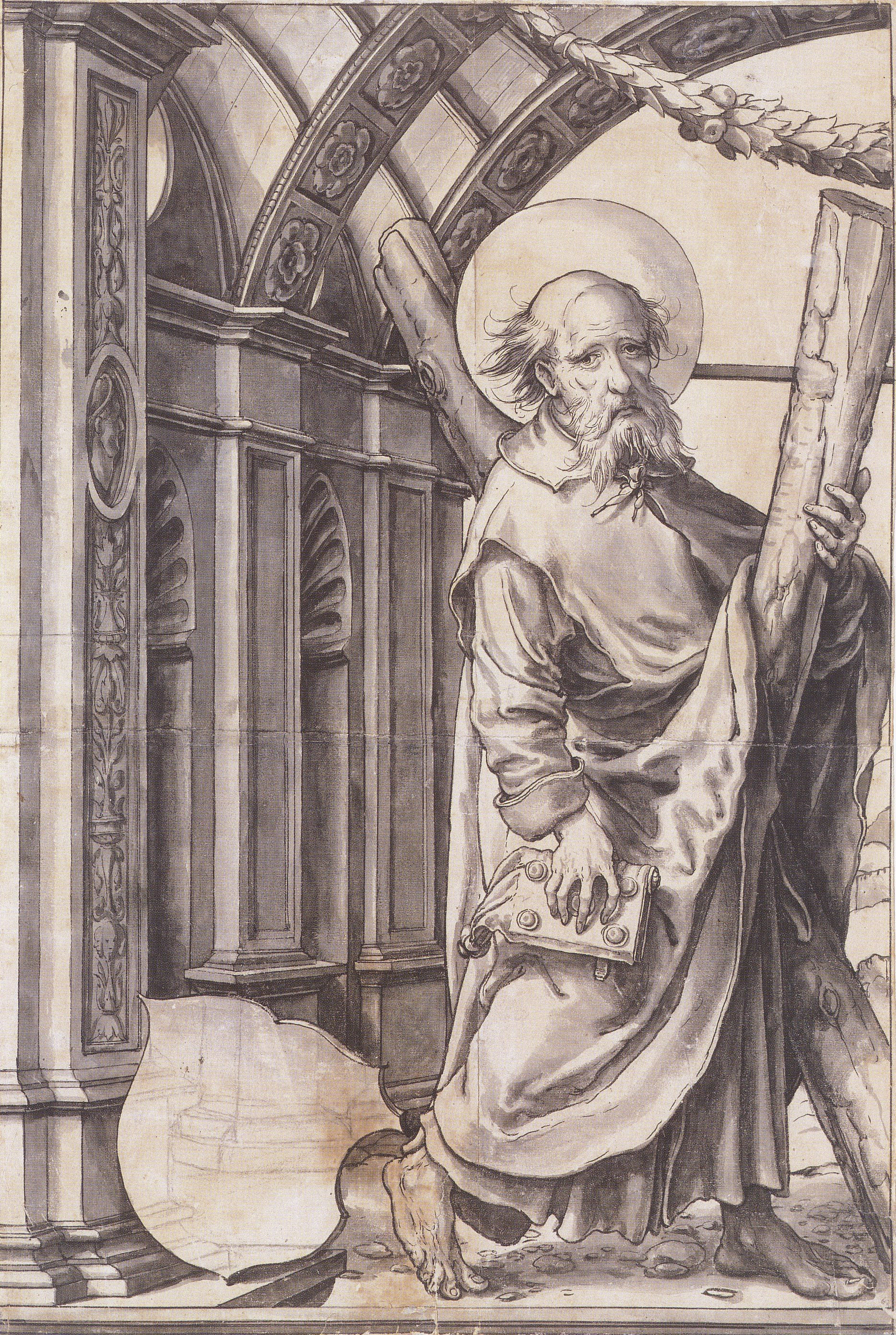