Newsweek and Ancient Origins both have reports about the digitization of the Sherborne Missal by the British Library ( who are, I see,  facing criticism for adopting a “woke” agenda on certain fashionable issues, but let that pass...). The illustrated articles can be seen at Gorgeous medieval book is as heavy as a 5-year-old, but now it's viewable weightlessly and at

The Missal, commissioned by Abbot Robert Brunyng and made in the years 1399-1407, is one of the glories of the period, a marvellous example of the illuminator’s art and especially famous for its depictions of birds. 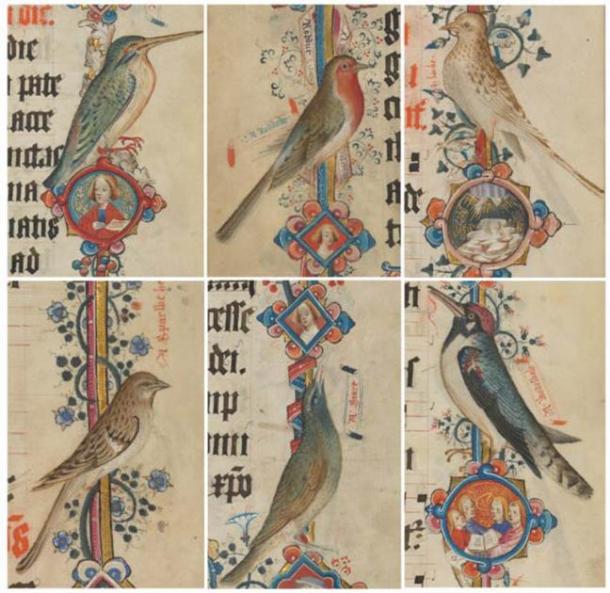 The inclusion of portraits of the Benedictine calligrapher John Whas, who also records the effects on him of the project, and of the Dominican illuminator John Siferwas, is an interesting example of medieval artists and craftsmen being commemorated.

As a community Sherborne was clearly thriving and in the succeeding next two to three generations was to transform the abbey church - notwithstanding a fire burning part of it caused by a riot about access to the then attached parish church by the townspeople in 1437 - into one of the greatest achievements of English Perpendicular architecture. That is outlined in the history of the abbey at About Sherborne Abbey from the parish website and at Sherborne Abbey from Wikipedia.

I saw the Sherborne Missal when it was still in the collection of the Duke of Northumberland at Alnwick Castle some years before its sale to the British Library, and here in Oxford I attended a splendid lecture on it with a really fine series of photographs of the illuminations.

The articles have links to the British Library digitization and I would urge people not merely to look at that but also to visit Sherborne - a delightful town and in the abbey it has one of the most glorious buildings of the fifteenth century.