Today being the Feast of St Louis seems an appropriate day on which to copy and paste an article from the Liturgical Arts Journal which was published by that site yesterday. Entitled ‘A Pontifical Set of Vestments from Pluriate’ it is by Shawn Tribe and shows a splendid new set of episcopal vestments for the traditional Rite in use at Laon Cathedral for an FSSP Ordination.
Laon is an attractive historic city and the cathedral is not just worth seeing for its famous west front and multiplicity of towers and stone oxen but also for its beautiful and calm interior. That interior is one that, for all the passage of centuries and ecclesiastical fashions, remains redolent of the France of the Capetians. St Louis, his biographer Joinville and their contemporaries are, you feel, behind the next column....
Shawn Tribe writes:
It has been a little bit since we have featured some of Pluriarte's work and what better time than to feature a Pontifical Mass set they made for the Priestly Fraternity of St. Peter. Many of you will have no doubt already seen the photos of the Mass, but may not have known who made the set.

Of course, the photos are also worth sharing in their own right, set in the spectacular confines of the Cathedral of Laon in France. 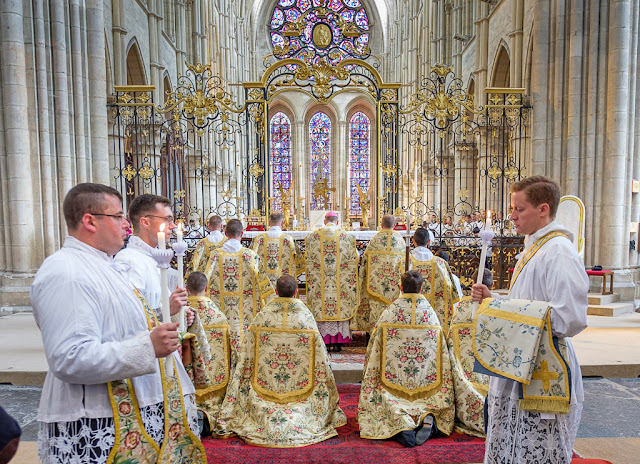 For those who wonder what distinguishes a pontifical set from a solemn Mass set, it is, of course, made up of the usual chasuble, dalmatic and tunicle (as per the solemn Mass), but also includes five copes (one for the Assistant Priest and four more for the pontifical attendants who carry the book, bugia, mitre and crozier) and two more dalmatics for the assistant deacons.

The Pluriarte set falls entirely within the 19th century idiom of floriated vestments. If you wonder what distinguishes a 19th century floriated textile from an 18th century one, it typically has to do with the style of the flowers (which are more three dimensional in design) and the deeper, less pastel colours of the textile generally. 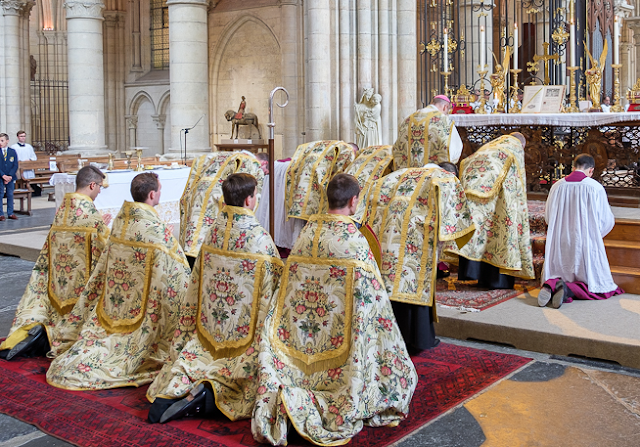 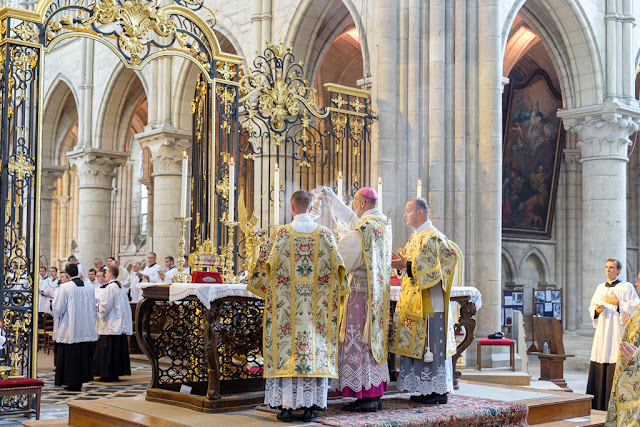 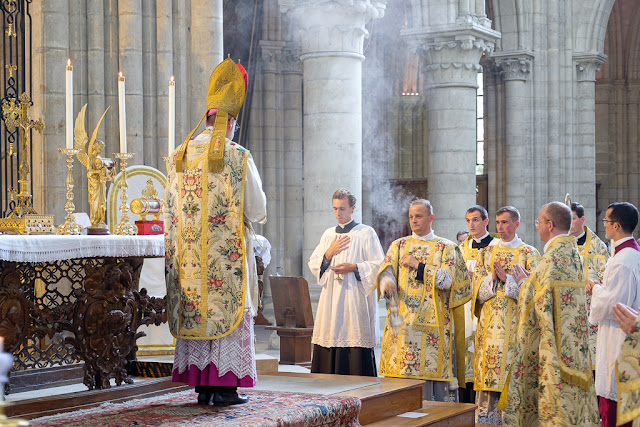 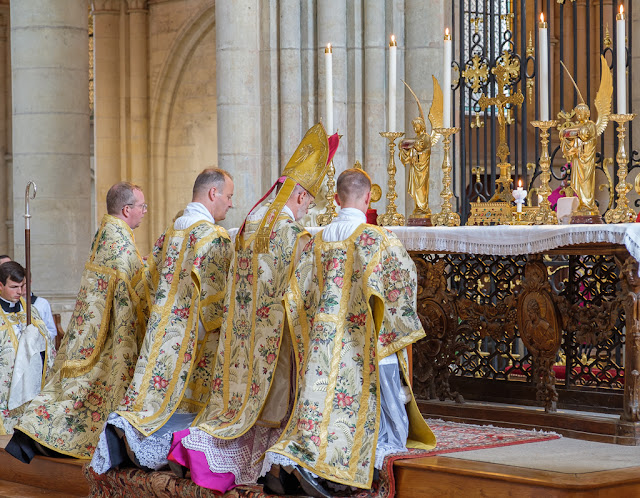 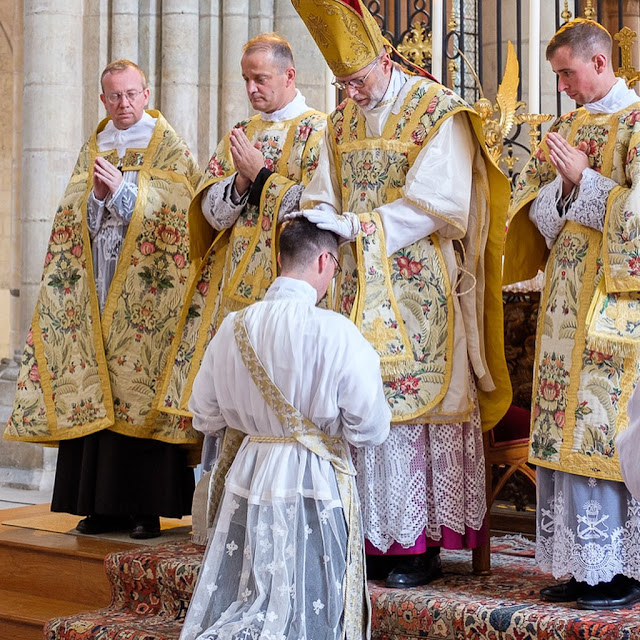 In terms of the cut of the set, it is a mixture of influences, showing aspects of the Italian, French and Austrian traditions.

For more information, visit Pluriarte on social mediaor on their website.

The Clever Boy will add the obvious point - but it is still worth making - that it is so very good to see such vestments being commissioned and produced, and to see them being used in the liturgy. It makes you think all the disasters that have befallen France since 1789 - barring the happy era of the 1815-30 Restoration - have not happened.
St Louis, Pray for France, Pray for us
Posted by Once I Was A Clever Boy at 15:19