A German Reliquary of St John the Baptist

Today is the Feast of the Decollation of St John the Baptist, and a day upon which to reflect on not only his death but also his relics. There are still a considerable number of these in both Latin and Greek Christendom.
A German relic of St John the Baptist with a British connection is what is believed to be one of his teeth. Now in Chicago it forms part of the Guelph Treasure. Held since the fifteenth century by the House of Brunswick it was therefore in the keeping of British monarchs from 1714 until 1837 - and was brought in 1803 for safe-keeping to England. After the separation of the two crowns it remained with the Kings of Hanover to 1866 and in exile in Austria with them until it was eventually sold in 1931. The history of it can be read at Reliquary with the Tooth of Saint John the Baptist 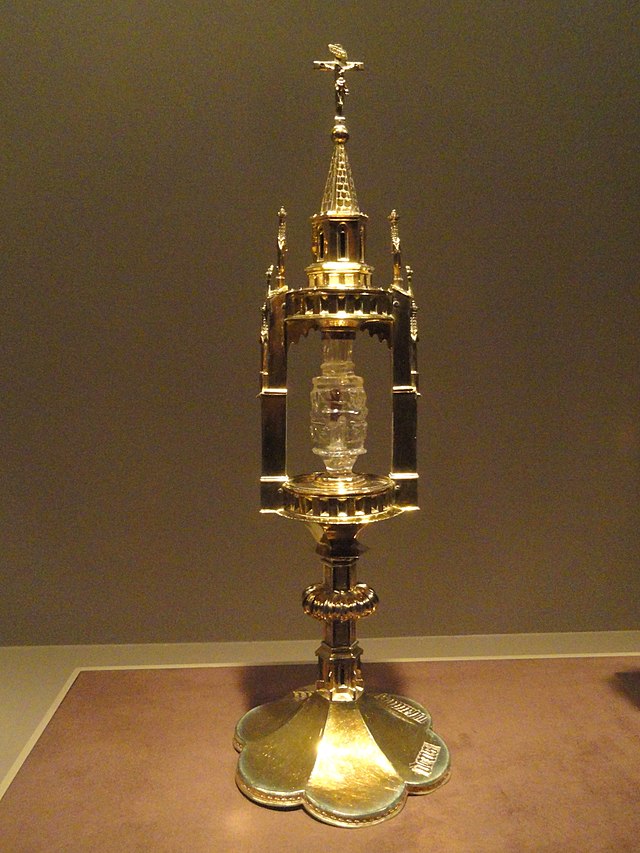