Remembering the Tsar in Ekaterinburg 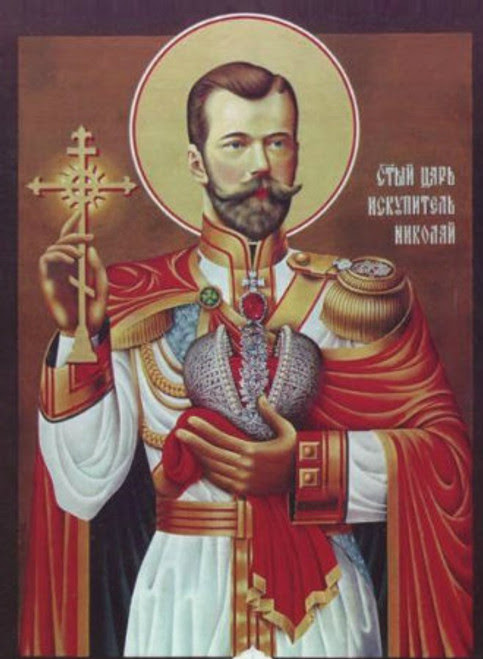 There are many icons of the Emperor or of him and his family which can be viewed online,
indicating the extent of devotion to the memory of the Romanovs.

The Imperial Family as Passion Bearers on an icon