The Kingdom of Georgia


The online news service Royal Central had the following post today which is perhaps worth sharing more widely....

The Republic of Georgia is considering a restoration of the monarchy and turning the nation into a parliamentarian constitutional monarchy after the same model as western European monarchies. The Georgian church also has recommended looking at the possibilities to see if this is possible.

“We could think of Georgia as the oldest monarchy in the world,” said Ilia II, who is the Patriarch of the Georgian Orthodox Church. He added that a shift to a constitutional monarchy is a long process and cannot be done in the near future. “We must analyse the past, present, and future,” said the Patriarch. 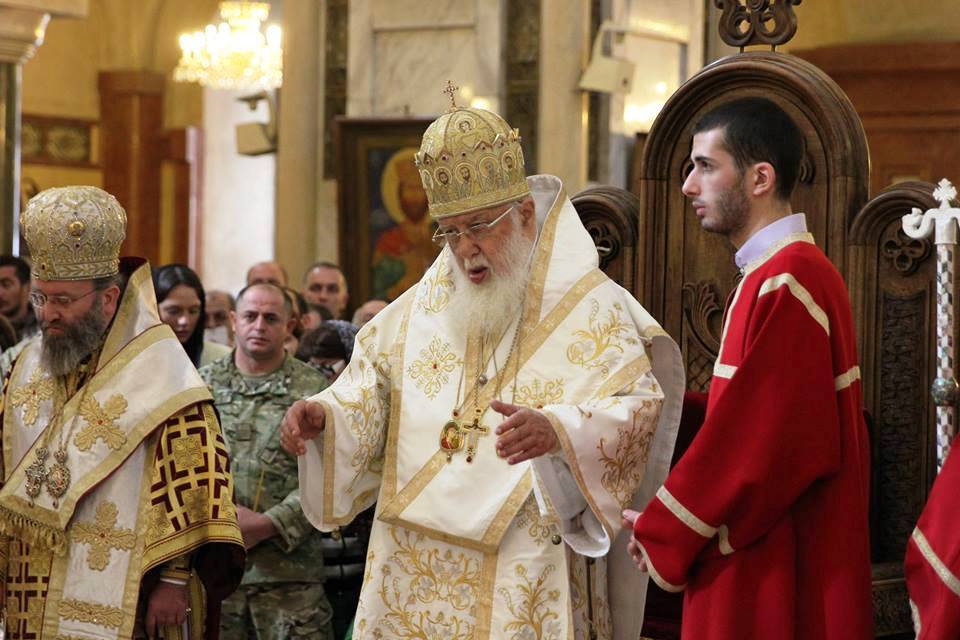 Catholicos-Patriarch of All Georgia Ilia II.
Photo: David1010 via Wikimedia Commons.
Chairman of the Georgian Parliament, Irakli Kobakhidze, met with the monarchist Patriarch on Monday to discuss the possible restoration of the monarchy in the small republic which lies on the border between Europe and Asia. Parliament member and leader of the Georgian Legal Issues Committee, Eka Beselia met with the press after the meeting. He said that the Patriarch’s initiative is a notable idea, but that people need to understand the idea first.
Before meeting with the Patriarch of the Georgian Orthodox Church, Chairman of the Georgian Parliament, Irakli Kobakhidze, said that a monarchy would bring back stability to Georgian politics and the Georgian state life. In addition, other members of the parliament have spoken warmly about the restoration of the monarchy; parliament member Volski said to the press, “The monarchy would bring positive changes to Georgia.”

The Crown of Georgia.
Photo: Fyodor Solntsev via Wikimedia Commons.
The Kingdom of Georgia, also known as the Georgian Empire, was a medieval monarchy that emerged in the year 1008 and fell in 1490. As of today, there are two pretenders to the Georgian throne. They are David Bagration Mukhrani of the Bagrationi Dynasty and Nugzar Bagration-Gruzinsky of the House of Gruzinsky. It is unclear which of the two would become King of Georgia if the monarchy was restored today.
The monarchists in Georgia today make up an enormous political group. In 2013, a survey was conducted questioning the population on their opinions of the monarchy being reinstated; then, 78.9% of the respondents favoured a monarchy over the current republic.