How not to write History

Today is the anniversary of the assassination of the Archduke Franz Ferdinand and his wife at Sarajevo in 1914.


The other month, and quite by accident, I came across the following article from the Daily Mail website. Published in 2013 it is by Sir Max Hastings and is an extract from his book Catastrophe published later that year to mark the centenary of the outbreak of World War I.


The title of the article rather gives away the style of the rest: "Royal love birds whose blind arrogance cost 15 million lives: How the lavish lifestyle enjoyed by the Archduke and his commoner wife triggered the First World War"....


It does not get any better. The rest of this particular catastrophe of an article can be viewed
here

It all gives the impression that it was entirely the fault of Archduke and Duchess that they were assassinated in the first place and that they were somehow responsible for the outbreak of the War....not the ghastly Princip...

Sir Max is on this basis a graduate of the Glenda Slag School of Journalism.

His article is full of slick, inaccurate or facile assumptions with its references to the couples lavish lifestyle, to Sophie Chotek being "middle class", inevitably to the "Crackpot Kaiser" and to the
"supposed injustice and folly of the Versailles peace treaty"

There is also the rather jingoistic attitude that we were right because we were right because we are British. Sir Max appears to accept the fear that Germany might in 1914 have been about to become "top nation " - he should wake up and smell the coffee and look who is top nation now in Europe despite two defeats in cataclysmic world wars and having its economy destroyed twice together with the loss of a third of its territory ...

The whole piece emanates a nasty popularism, and I was somewhat surprised in the light of this to find upon researching the point that in another of his articles that Sir Max stated that he was not a Brexiteer but intended to vote Remain. 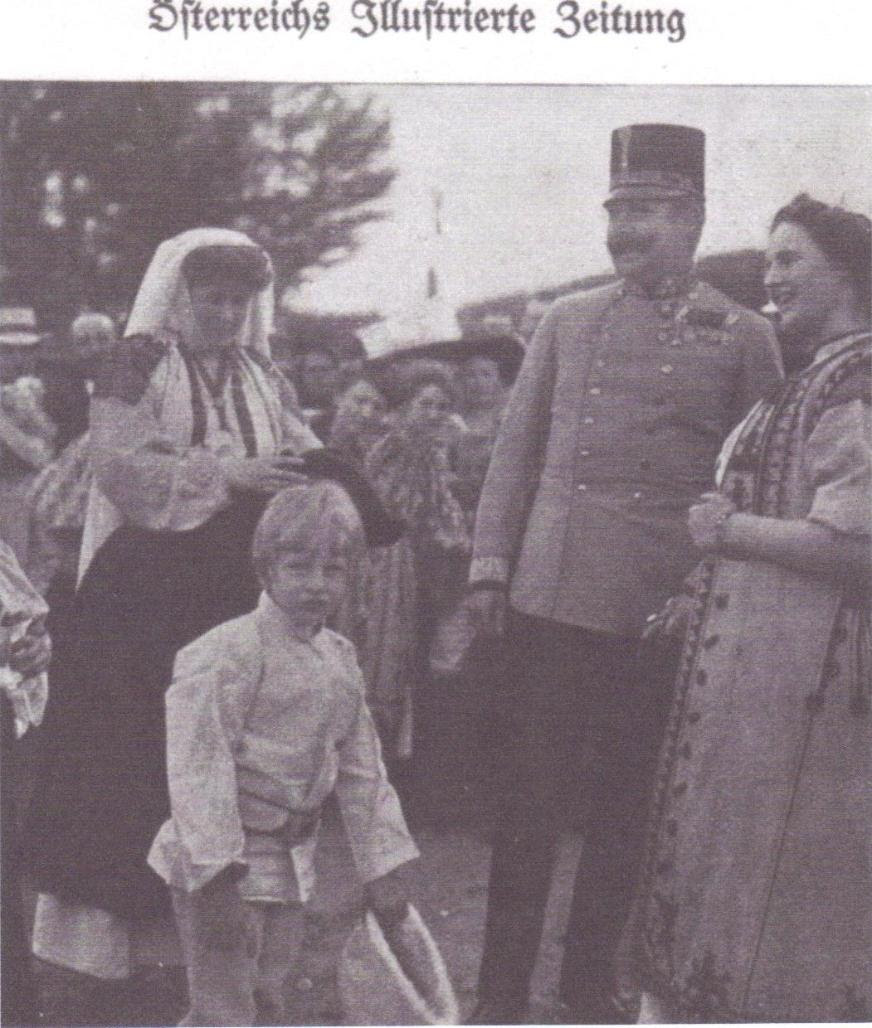 The Franz Ferdinand that many historians don't want you to see: Smiling, laughing, and getting along famously with Romanian farm families in the Carpathian Mountains, 1912