Pilgrimage to Pantasaph and Holywell


Yesterday I travelled with my friend David Forster for the fouth time to the annual LMS Pilgrimage to Holywell in Flintshire.

Before we went to Holywell we made a detour to the nearby Franciscan Capuchin house at Pantasaph.

This was founded by a late nineteenth century Earl and Countess of Denbigh and is dedicated to St David. Originally started when the couple were Anglican they took the church with them into the Catholic Church and added the Capuchin foundation.

There is an article on its history at Pantasaph and the Priory's own website with both history and other information can be seen at Retreat Centre - Pantasaph Friary. It is also now a major centre of devotion to Padre Pio

The buildings of the church and priory, together with those of a former orphanage are very fine   Gothic-revival work, but the church suffered to some extent in the wake of Vatican II - which Catholic church did not?however most of the decoration survives, and in recent years some has been restored.

The view from the entrance of the Church 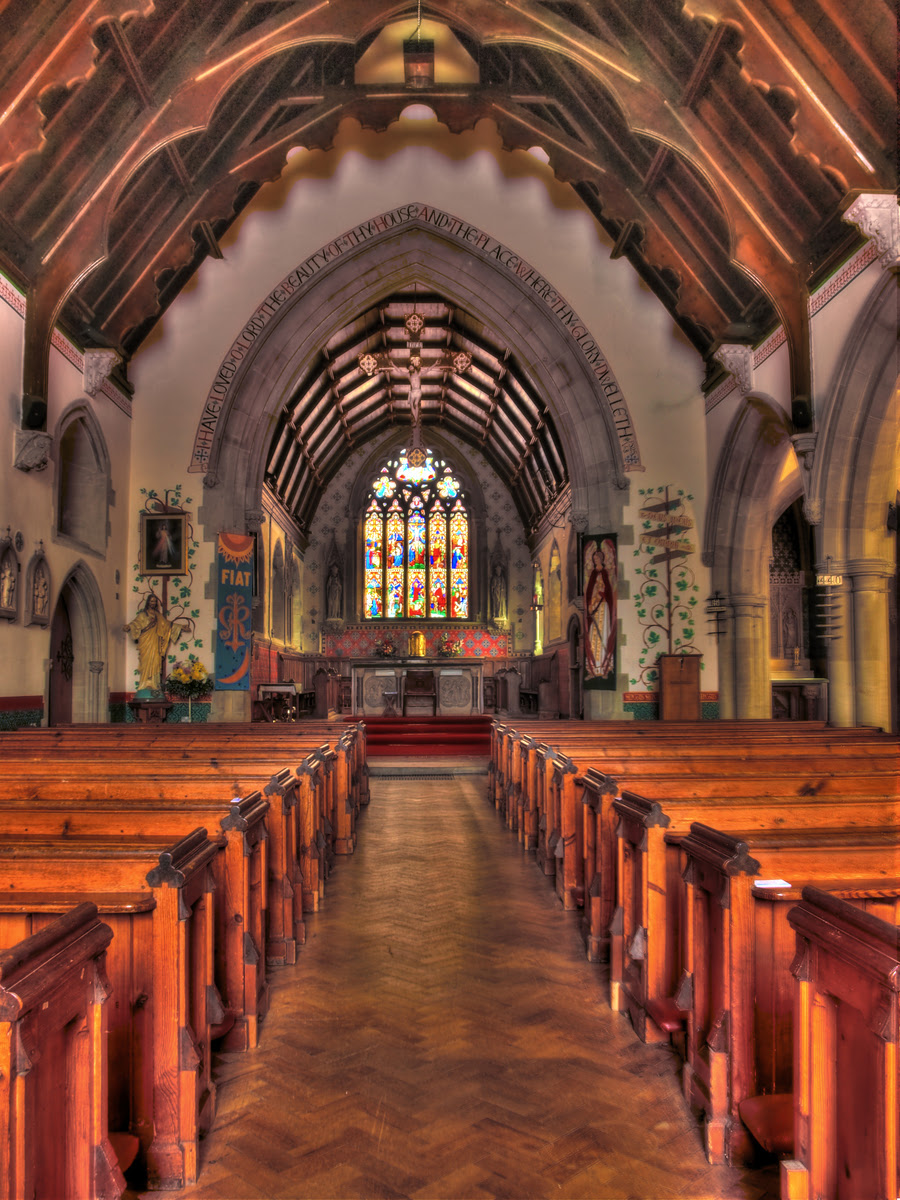 The view of the interior from the west

The main casualty of the changes is the loss of the reredos which sperated teh altar from the Friars choir beyond. Here the altar has not been brought forward but the dividing feature removed. This is agreat pity, as can be seen from the photograph showing the original arrangement. 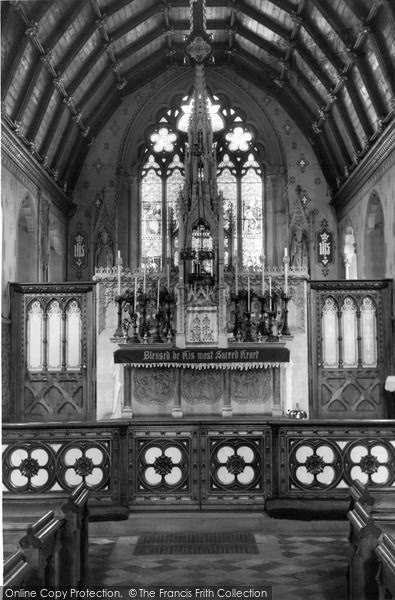 The High Altar as it was at Pantrasaph

That feature was still in polace when I last visited Pantasaph, but that was in 1958 when the Pope then gloriously reigning was Pope Pius XII, and I have a slight memory of the altar as it was.

Apart from such nostalgia a second reason for visiting the Priory was to pray at the grave of Fr Mark Elvins O.F.M., who I knew in Oxford and who his buried with his Capuchin brethren in the graveyard.

We then went on to Holywell for the Pilgrimage Mass in the parish church. This was celebrated by
Fr Richard Tanner of the Institute of Christ the King with Canon Altiere as deacon and Father Francis Wadsworth as sub deacon.Following this we processed down the old road to the Shrine and Well Chapel reciting the Rosary, to be venerate and be blessed by the Relic of St Winefride, to light candles ( rather a lot for me to do this year ) and to duip my rosary in the pool of the Holy Well.

David and I sped back ( when traffic allowed) on the M6, listening to Gregorian Chant, Classic FM and talking about Brexit - well we would would n't we?

We had good weather for the day and it was, as ever, spiritually as well as physically refreshing.