Today has seen the formal enthronement ceremonies of King Felipe VI of Spain following the coming into force of his father's abdication at midnight. 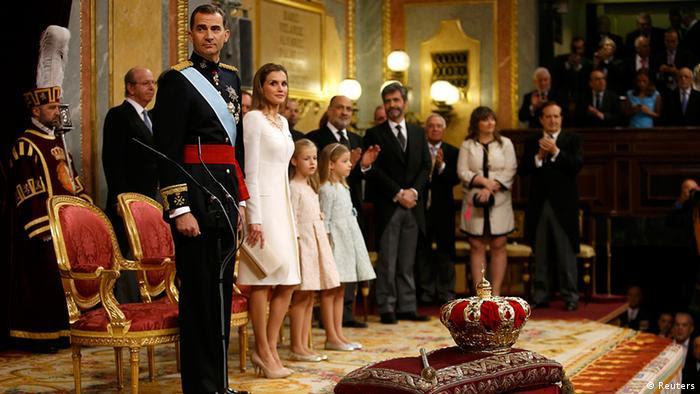 King Felipe VI, Queen Letizia , the Infanta Lleonor, Princess of Asturias and the Infanta Sofia with the Crown and sceptre in the foreground at the Accession ceremony

There is another online biography of the King, with appropriate links, here.

There is what seems to be a well balanced article from the Guardian about the accession which can be read at Crown Prince Felipe on brink of becoming King Felipe VI and the same paper has a good account of the formal occasion at Spain's Felipe VI promises a 'renewed monarchy' as he is sworn in as king and also a good selection of photographs at Spain's King Felipe VI begins a new reign.

Such essentially positive coverage by the Guardian,is, dare one suggest it, rather interesting in itself, and perhaps an happy augury. 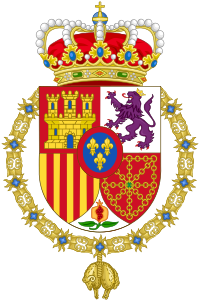