The new Bishop of Cuncacestre

Last night at the Ordinariate mass here in Oxford I saw on the pewsheet that Fr Robert Byrne, the founding Provost of the Oxford Oratory is to be elevated to the episcopate.

He will become Bishop of Cuncacestre - the Anglo-Saxon name for Chester-le-Street, which was the seat of the Northumbrian bishopric until 995 when it moved to Durham - and he will serve as an auxilliary bishop in the Archdiocese of Birmingham. In this new task he will have responsibility for Birmingham and for Worcestershire. The previous Cuncacestrensis was Bishop Alan Hopes who served as an auxilliary in Westminster before he became Bishop of East Anglia.

Fr Robert will be the first Oratorian to be appointed as a bishop in 140 years - in 1874 Fr Edward Bagshawe of the London Oratory became Bishop of Nottingham.

Fr Robert will receive his episcopal ordination in St Chad's Cathedral in Birmingham on May 13th, and I am sure many of us from Oxford will travel to the Mass.

Fr Robert brings awealth of expereince to his new responsibilities. Originally an Oratorian in Birmingham he was the founding Father here in Oxford in 1990-93, and Provost until just over three years ago. Since then he has been the Ecumenical Officer for the Bishop's Conference of England and Wales. I think several of us have been expecting such an elevation for him, and can see that his robust Mancunian style and Oratorian spirituality combined with so much pratical experience will be a wonderful asset for the diocese at large. 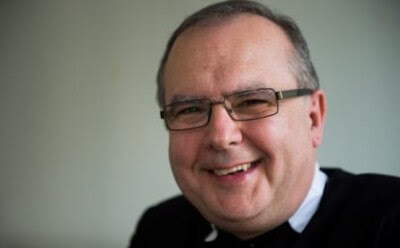 His Grace the Archbishop of Birmingham, the Most Reverend Bernard Longley, said:

“I am immensely grateful to Pope Francis for appointing Fr Robert Byrne Auxiliary Bishop of Birmingham. From his time at the Birmingham Oratory and as Provost of the Oxford Oratory, Fr Robert has come to know our Archdiocese well. Having worked alongside him in recent years as the Bishops’ Conference’s Ecumenical Officer, I know that he will bring considerable pastoral, theological and administrative skills to his new responsibilities as a bishop. Above all I am grateful that he brings the spirituality of St Philip Neri, the founder of the Oratory, to enrich his ministry among us. I know that everybody in the Archdiocese, and especially in his pastoral area of Birmingham and Worcestershire, will join me in asking for the prayers of Fr Robert’s fellow Oratorian, Blessed John Henry Newman, as he now prepares for his episcopal ordination in May. I also wish to record my abiding gratitude to Bishop Philip Pargeter for continuing to serve the Archdiocese with great dedication in recent years and for the support and friendship he has so generously given me.”

An interview with Fr Robert may be seen here

The Bishop's Conference website article about Fr Robert and his appointment can be seen here.


Please pray for Fr Robert as he prepares for his episcopal ordination.