Today is the feast of St Patrick, and although there are modern foundations of churches dedicated in his honour I can think of only one medieval example in Britain. That is, however, exceptional in more than just its dedication.

The church of St Patrick at Patrington in Holderness, in the south-east of the East Riding of Yorkshire is popularly known as the Queen of Holderness, and it is, without doubt, one of the finest parish churches both of its era and indeed in the country.

Patriogton was given to the Archbishopric of York circa 933 by King Athelstan, and the grant confirmed by King Cnut in 1033. There is documentary evidence for an earlier monastery near the mouth of the Humber around 700, and the grant by King Athelstan may possibly have been a restoration of such a site to ecclesiastical hands. Given the dedication to the Apostle of Ireland did Patrington originate as an Irish mission to Northumbria in the seventh century, rather like the mission of St Furzey to East Anglia?

The present church reflects both Archiepiscopal patronage as lord of the manor and the wealth of the area in period of its building in the earlier fourteenth century, although the tower and spire was not finally completed until the early fifteenth century, and the chancel east window is also of that period. The stone with which it is built must ahve been brought in from aconsiderable distance, again pointing to the wealth and resources at the command of this parish in the fourteenth century.

Patrington Church from the south 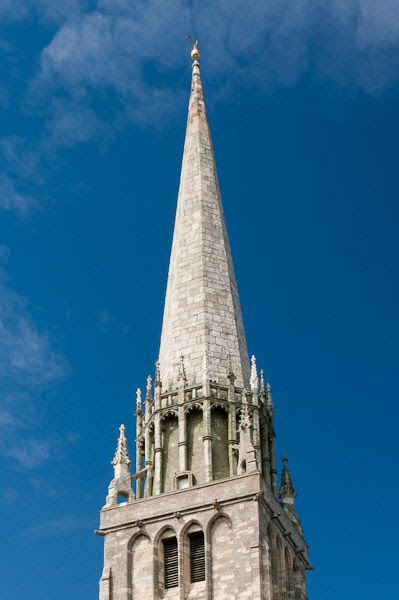 A detail of the spire

A spectacular example of the skill of stone masons from both the Yorkshire and Lincolnshire sides of the Humber in the period of its building, and linked to work at York Minster, Beverley Minster and Howden Minster.  The church has aisled transepts, the southern one with an apsidal Lady Chapel, and it has an Easter Sepulchre in the tradition of Hawton(Notts) and Heckington(Lincs) in the chancel. 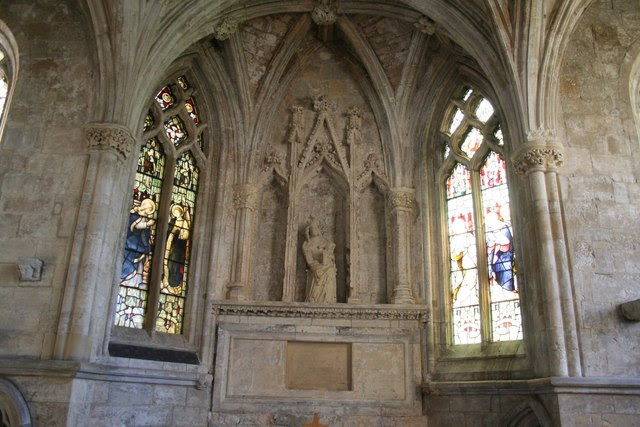 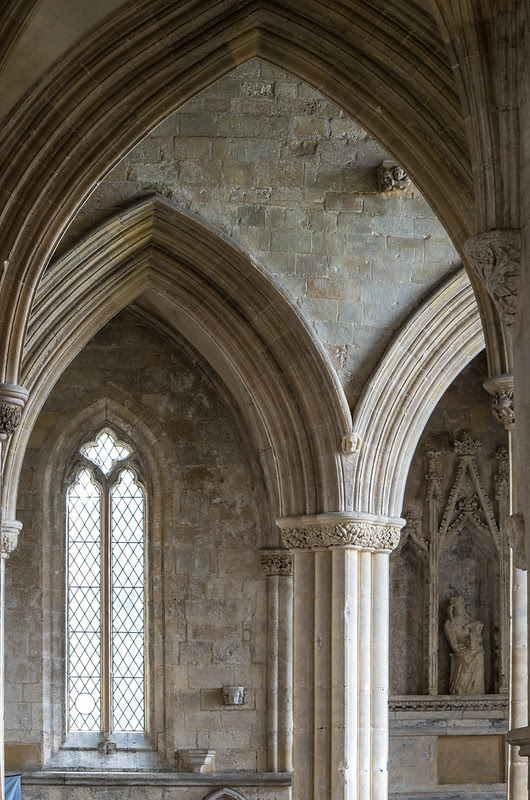 A view across the south transept

There is a detailed description of the church from English Heritage which can be viewed at  Church of St Patrick (1083450), and a very fine set of photographs of the building, its sculpture and the Easter Sepulchre as well as the good nineteenth or twentieth century glass  by the Rev Gordon Plumb from the online Flickriver site can be seen at Patrington, St Patrick, East Yorkshire. 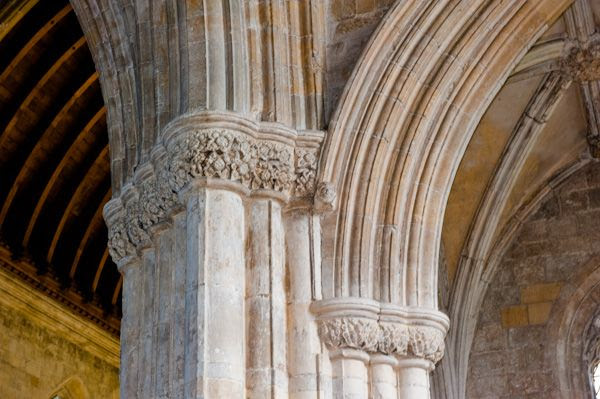 Capitals in the church interior

The tower and spire were the inspiration for that at the chapel at Clumber Park built for the Duke of Newcastle by Bodley and Garner in 1886-9, and the church is a text-book example of the decorated style. Although denuded of the colour with which it must have been ornamented it does convey the quality of noble simplicity in its unity and cohesion.

Because Patrington is rather off the beaten track it may be a church best known to enthusiasts from pictures rather than by actually visiting it. If you do get the chance to go it is very well worth seeing.