Colouring in the medieval church

A post on the Medieval Religion discussion group pointed me to an article in last weekend's Observer about the use in this country at Norton priory in Cheshire of laser projections to supply the colour to medieval sculpture that time and neglect have destroyed. The article can be read here.

The technology to do these recreations of medieval splendour was developed for the cathedral in Amiens, and I have posted about this before. However I have no scruples about making the point again, that medieval cathedrals were splendidly painted on the outside as well as the inside. At Exeter cathedral you can buy a guide leaflet which indicates with what splendour and sophistication the statues late-fourteenth century screen of the west front were painted. This is the result of careful study of the surviving fragments of pigment. 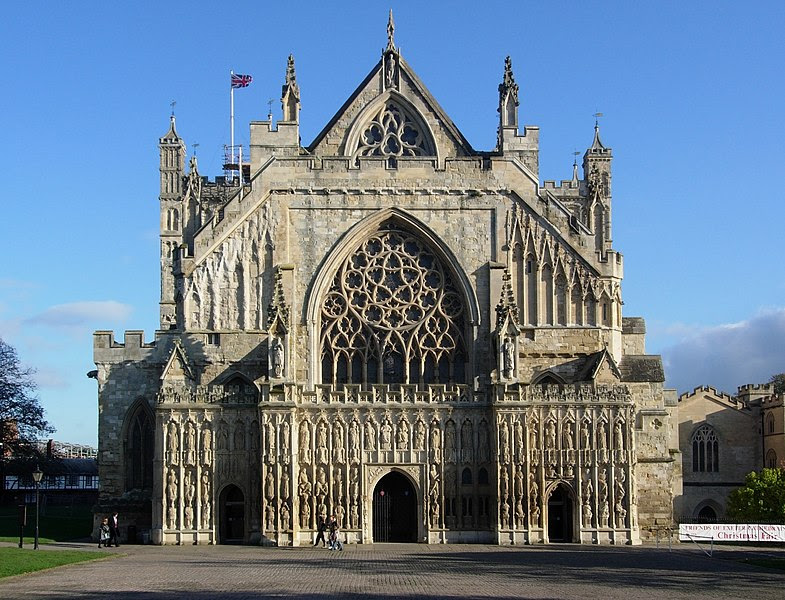 The west front of Exeter cathedral

Image:Wikipedia
As the Observer article suggest this is not an expensive technique maybe we can hope to see such spectacular effects as are achieved at Amiens this side of the Channel.
The loss of the polychrome decoration of the walls and statues of medieval churches whether romanesque or gothic both in the interior and on the exterior is an impoverishment of the original concept and of our appreciation of what the patrons and builders intended.
These magnificent buildings retain their physical grandeur, but their walls, now usually plain stone, would appear incomplete or "bare ruined choirs" to a medieval worshipper or visitor. Too often even those knowlegeable about the middle ages do not give thought to what is missing, or, if they do, they dismiss it as having been crude and gaudy. There really is no case for that view when you look at surviving examples - such as the restored scheme at Issoire in central France - or at medieval manuscripts or glass, or indeed at serious reconstructions, as by Pugin and others. At the basilica in Maastricht there is an external doorway still painted as it would have been originally:

Once you realise the colour should be there you become ever more concious of its absence. 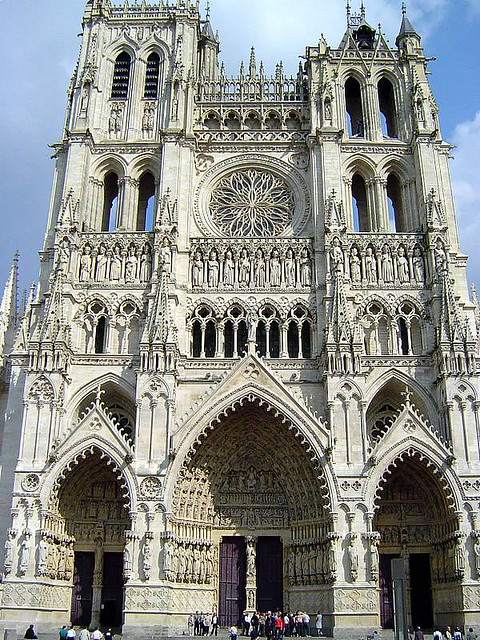 The west front of Amiens cathedral by day

Image: Daniel Mitsui
None of the great thirteenth century French Cathedrals have had their exterior repainted, but Amiens cathedral can offer visitors an idea of its original scheme. On summer nights and special occasions, spotlights and lasers are projected at the façade, bathing the ornaments and statuary in bright colours and creating the illusion of what was once for all to see. 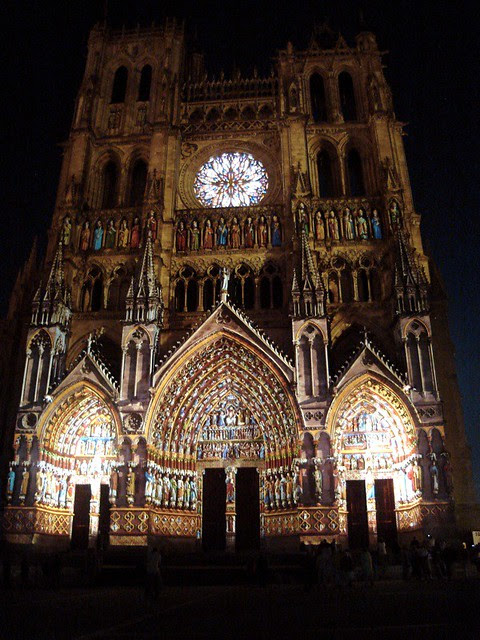 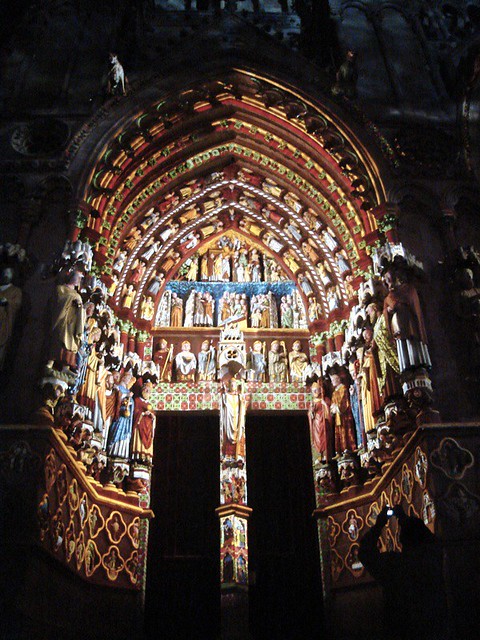