Today is the feast of the martyrdom of St Thomas of Canterbury in 1170. 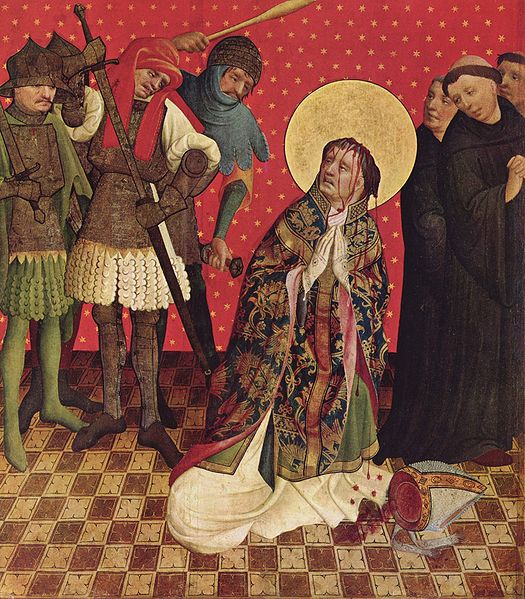 A late medieval depiction of the martyrdom of St Thomas

St Thomas was a complex man - indeed a difficult man for his friends as well as his opponants - and King Henry II was, of course, both. These complexities are brought out splendidly in Prof. Frank Barlow's Thomas Becket.

Over the years I have become more sympathetic to St Thomas than I perhaps once was - which says something about my progress in faith - and when I worshipped at St Thomas the Martyr here in Oxford my devotion to him increased. As in the twelfth century the issues he rasied do not always have easy answers, but the underlying issue of the freedom of the Church is a crucial one to any Catholic, then or now. 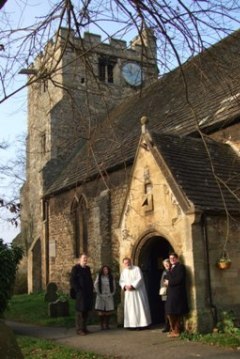 I had the great privilege of being Churchwarden at St Thomas from 2002 until a few days before my reception at the Oratory in 2005, and in 2003 wrote and published a history of the church. The contribution it made to the Anglo-Catholic revival in the mid-nineteenth century was a remarkable one under the great Thomas Chamberlain, vicar from 1842 until his death in 1892. Chamberlain's current successor, Fr Hunwicke, is in the best traditions of the parish, and his blog, Fr Hunwicke's Liturgical Notes, has helped put it back on the map. I am sure if the internet had been available in the nineteenth century Thomas Chamberlain would have been using it.

I still live within sight of the church and keep it and its people in my prayers, especially today.

May St Thomas continue to pray for them and for the Church in England.