Looking back over recent postings on the Medieval Religion discussion group - you may have guessed if you are a regular reader that this is a frequent point of academic and intellectual contact for me - I saw that amongst John Dillon's post for the feast of SS Joachim and Anne were these pictures of a reliquary statue from 1472 in silver, partly gilt, partly painted,. It is from Ingolstadt and was made by the goldsmith Hans Greiff for Anna Hofmann. It is now in the Musée National du Moyen Âge (Musée de Cluny) in Paris: 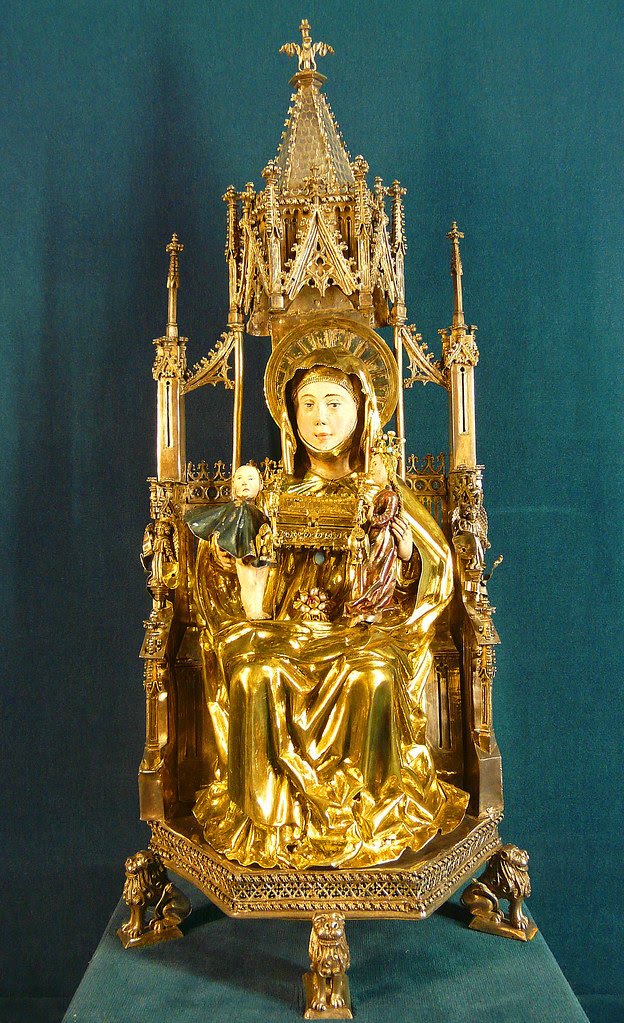 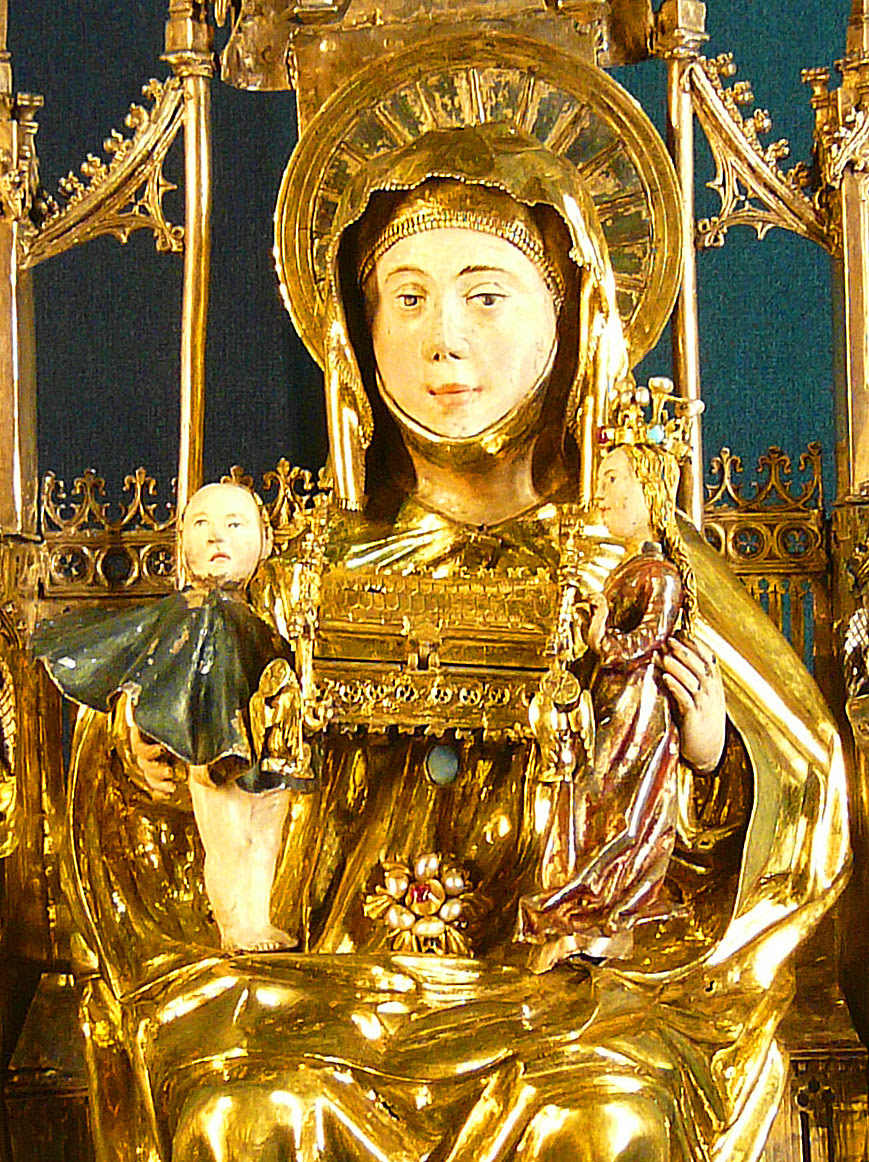 Not only is it beautiful in itself but it is a rare survival of an art form that must once have been relatively common. I say relatively, because they must always have been expensive objects. This type of figure is not in quite the same category as the reliquary busts made to hold the cranium of a saint they have survived quite well on the continent, even if they were casualties of the Henrician and Edwardian depredations in England. I remember once attending a seminar here in Oxford about figures of this type from late medieval France, some of which only were lost in the regrettable events of the late eighteenth century. One that does survive is in the Louvre and formed part of the treasure of the Order of the Holy Ghost. However we can at least imagine such pieces decorating royal and princely chapels and the high altars of cathedrals on great occasions, such as we know they did at King Richard III's visit to York Minster in 1483 when he created his son Edward Prince of Wales in the cathedral - the altar had silver gilt figures of all the apostles on it - possibly on loan from the Chapel Royal, or did they belong to the Minster?
Posted by Once I Was A Clever Boy at 16:24