The Holy Crown of Hungary


I wrote the other day that today I would post further on the Holy Crown of Hungary. 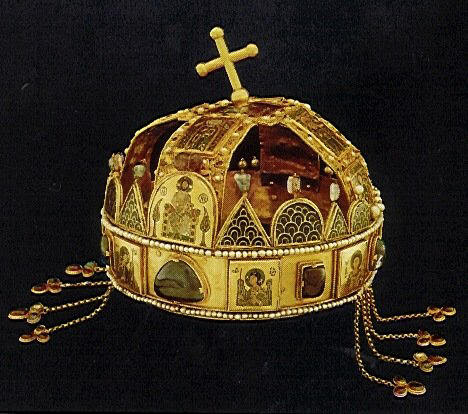 There is a Wikipedia article on the Holy Crown, and also a good article on the Crown and Regalia on the Art in Medieval Hungary site. There is also the article I cited in my previous post.

The Coronation rite itself is outined in another Wikipeda article, as is is the Doctrine of the Holy Crown. There is a very interesting article by Prof Laszlo Peter on the history and modern application of the Doctine

Here are two pictures, courtesy of the Emperor Charles League of Prayer, of the coronation of King Charles IV in 1916.

The King on horseback symbolically indicates the defence of the frontiers of his realm:

There is an account of the 1916 Coronation in Miklos Banffy's The Pheonix Land, to which there is a link from Wikipedia article on the Coronation. Banffy was partly responsible for organizing the Coronation. There is also an account, with a few fictional elements introduced, which do not detract from the description, in Lajos Zilahy's novel The Dukays.