Imperial thought for the day 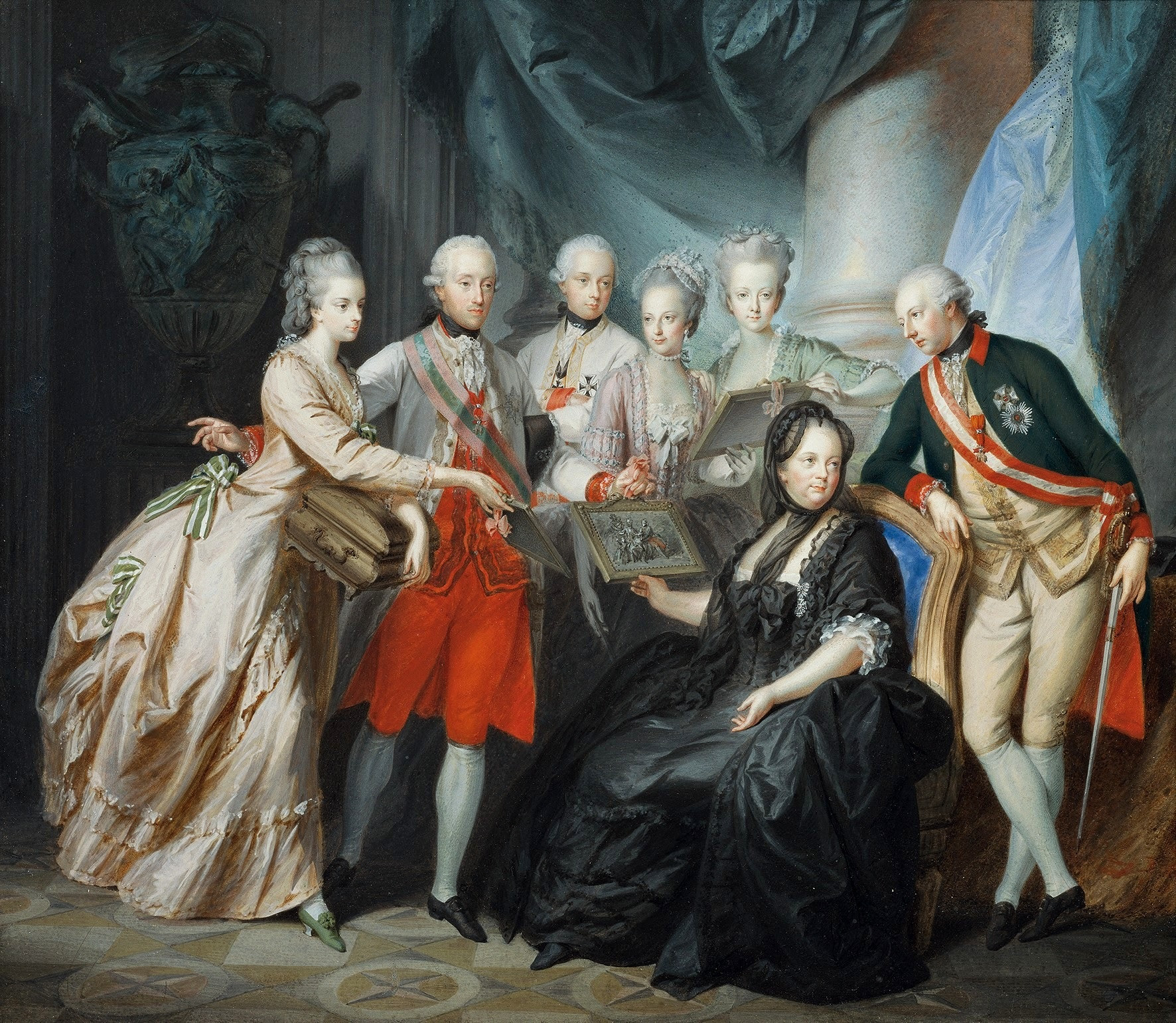 Empress Maria Theresa with members of her family in 1776.

Archduchess Marie Christine and her husband Albert of Saxe-Teschen show to the Empress the images brought back from Italy, and beyond, Archduke Maximilian, and the Archduchesses Maria Anna and Mary Elizabeth; leaning against the chair is Emperor Joseph II.

"Nothing is more pleasant, nothing more flattering to our self-esteem, than wholly unrestricted liberty. Liberty is the word which has supplanted the word religion in our enlightened century when everyone thinks and acts in the light of his own convictions or calculations...They condemn the past for its ignorance and prejudice, while knowing nothing at all about the past and not much more about the present. Should I ever see that these so-called wise men and philosophers were happier in their undertakings and more content in their private lives, then I should be guilty of bias, pride, prejudice and obstinacy if I did not follow their example. Unfortunately, however, the experience of every day convinces me to the contrary. Nobody is weaker, nobody more cowardly than these strong spirits; nobody more servile, nobody more cast down by the least unpleasantness than they. They are bad fathers, sons, husbands, ministers, generals and citizens. And why? Because they lack foundations. all their philosophy, all their principles arise only from their own self regard: the least mishap throws them down, with no resources to fall back upon."

Empress Maria Theresa on the exponents of the 'new philosophy', 1774. These doubtless included her son the Emperor Joseph II.
Posted by Once I Was A Clever Boy at 14:15

Thank you for posting this. What an aesthetically rich painting that is. Empress Maria Theresa's comments on the Enlightenment strike a cord about modern liberal leftism too. I must confess that I am in favour of the Englightenment though. The truth remains though that those who question new intellectual fads are vitriollically derided.
I do wish the Austro-Hungarian Empire still existed. Norman Stone wrote that it was not in terminal decline. It merely fell apart when it lost a major war.