This afternoon I went with a friend for a pleasant excursion to two villages just to the north-east of Oxford, Woodeaton and Islip. As it was warm and sunny it was especially pleasant, as well as an opportunity to catch up with him and his news.

Woodeaton is virtually an outermost suburb of Oxford but a distinct village community with a clear identity. The village is pretty and has real charm clustered around the parish church.

The church is medieval with significant remains of wall painting both figurative and red-lining, and an impressive array of Georgian woodwork. The impression is rather that of what must have once been common before Victorian restorations took place. It is largely pre-Tractarian and pre-Camden Society, and that in itself is of real interest. 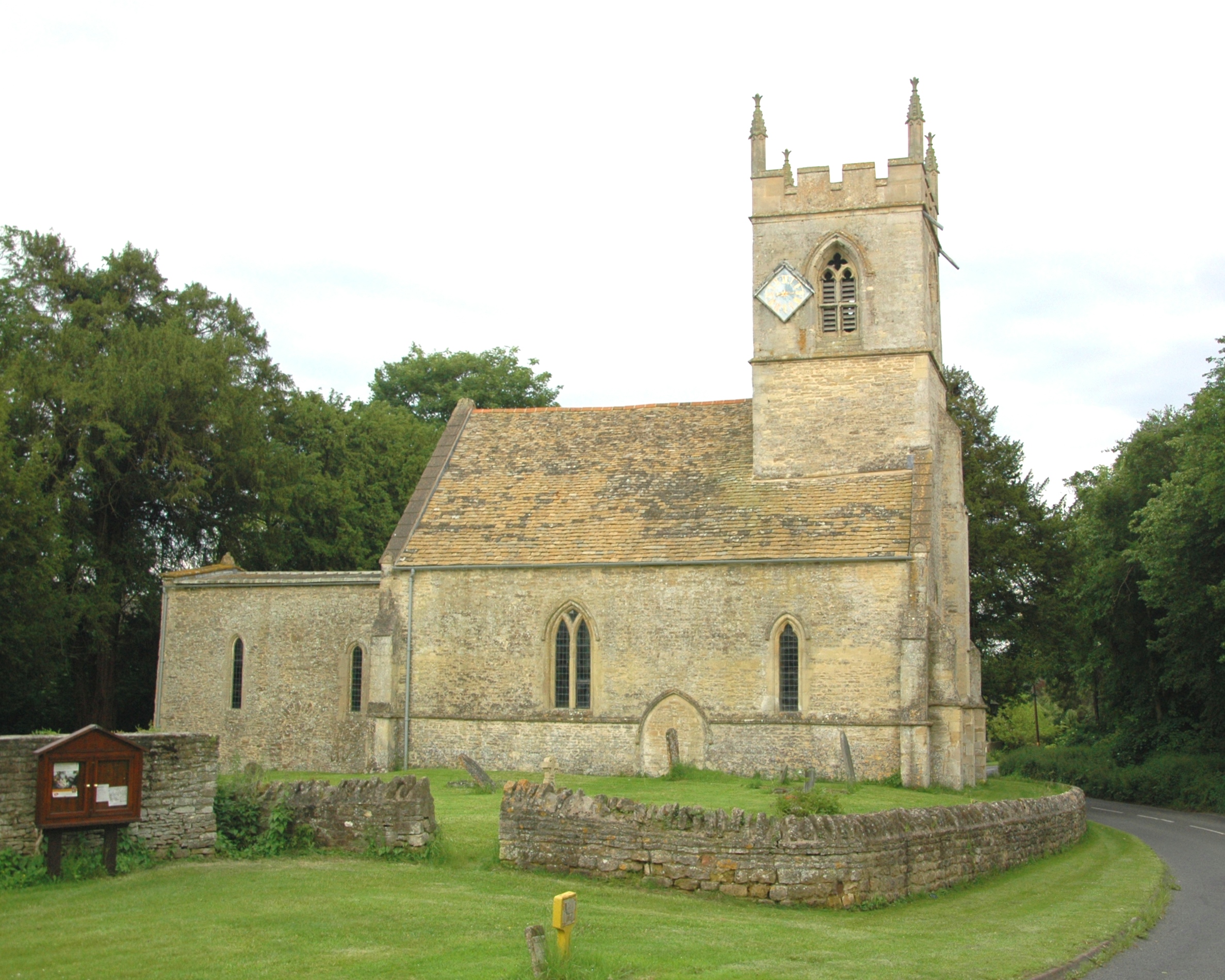 The Church of Holy Rood, Woodeaton from the north 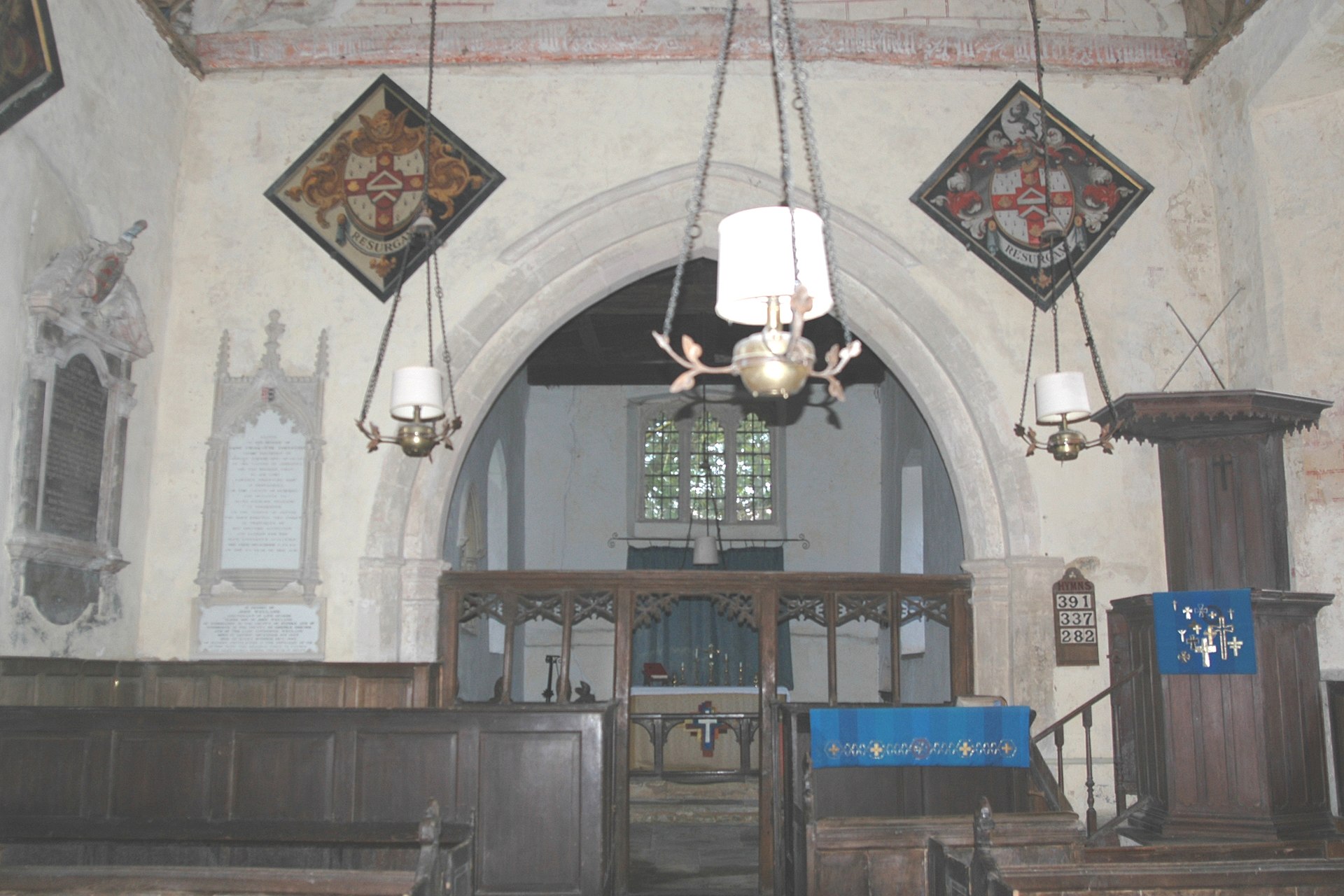 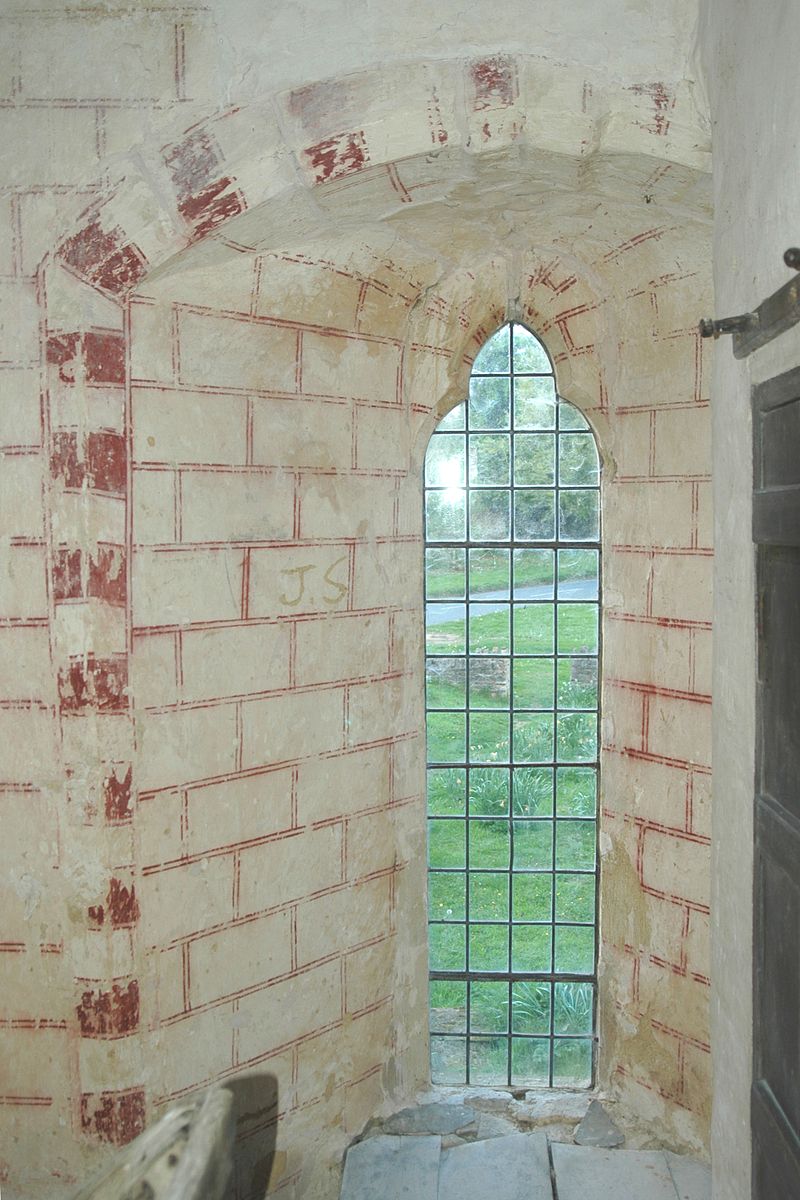 There is a useful account of both the village and church at Woodeaton. As an example of a small rural parish church it is an excellent example from which to illustrate or teach the evolution of the building and worship of the established church over eight or more centuries. The extensive remains of the red-lining masonry simulation is a reminder of just how skillful and competant medeival decorators were and of how brightly finished even a small rural church could be. Definitely a church well worth visiting.

We then travelled on a short distance to Islip. This is more clearly still a village in the country, and rather larger, with an impressive set of thatched houses around the church. The first thing to strike me was that same master-builder or architect built the tower of both Woodeaton and Islip churches. 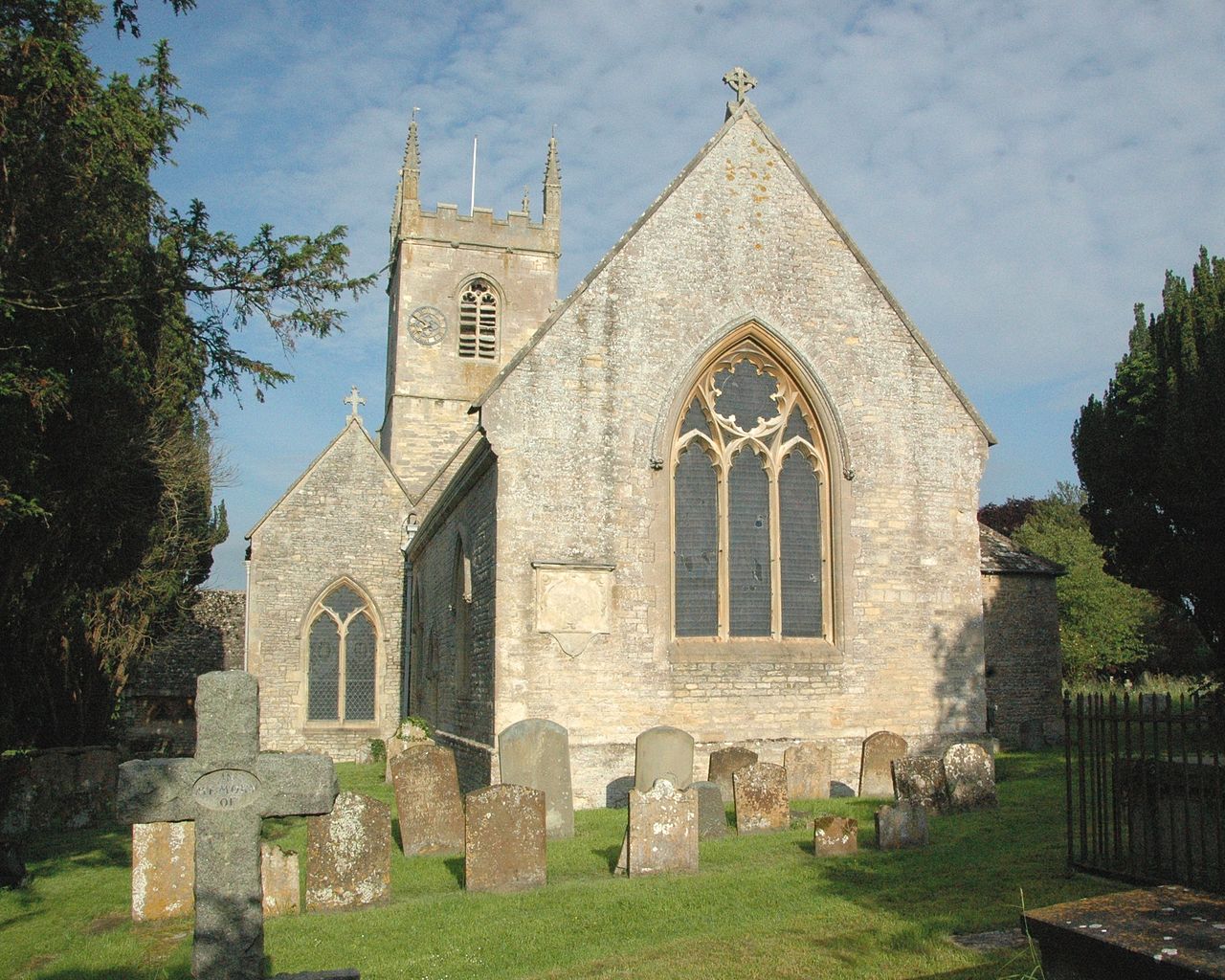 The church was extensively restored in 1861, and the result is perhaps rather bland, although it does retain original features. There is more about its history at St Nicholas' Church, Islip and at Islip, Oxfordshire. The parish website has more at St Nicholas Islip./our-history/our-church-building/ The VCH Oxfordshire account of the village can be read at Islip | British History Online

The accounts cited above refer to the now lost chapel of St Edward the Confessor, the most famous son of the village, born at Islip in 1004. Demolished in the 1780s it is depicted in this eighteenth century engraving:

The Chapel of St Edward the Confessor at Islip

In 1824 some medieval wall-paintings were uncovered in the south aisle. They included an Adoration of the Magi and a weighing of souls both of which were considered to have been painted late in the 14th century. There was also an earlier Adoration, over which the later version had been painted, and there was also a Resurrection. All the paintings, alas, were plastered over during E.G.Bruton's restoration of the St. Nicholas' in 1861. There is however in the church a watercolour showing what they looked like.

These paintings are discussed in John Edwards Some Lost Mediaeval Wall-Paintings Oxoniensia Oxfordshire Architectural and Historical Society 1990 and in J.C.B.Lowe The Lost Paintings of Islip Church Oxoniensia Oxfordshire Architectural and Historical Society 2000
In the church there are references to King Edward the Confessor and also to Archbishop Simon Islip of Canterbury.

After looking at the church in the best antiquarian tradition we repaired to the nearby pub for a drink sitting in the late afternoon sunshine before returning to Oxford for an early supper. A most enjoyable afternoon out.
Posted by Once I Was A Clever Boy at 22:00