150 years ago today the Emperor Maximilian I of Mexico and two of his generals Miguel Miramón and Tomás Mejía were shot by firing squad at Santiago de Querétaro in central Mexico. Their deaths took place in the Cerro de las Campanas  - the Hill of the Bells.

I recently read a story, and which I am not sure if it is true, about an exchange between the Emperor and General Miramón just before they were shot. The Emperor asked if it would be painful. The General replied "I don't know. It's the first time for me too."

In 1900 diplomatic relations were restored between Austria and Mexico and in 1901 Emperor Francis Joseph paid for a chapel to be erected on the site of his brother's death. There are accounts of that chapel and of the site at Maximilian's memorial at El Cerro de las Campanas and at Emperor Maximilian Memorial Chapel

There are not a few depictions in art and commemorative images, often inaccurate, as well as in photographs of the death of the Emperor and his comapnions, and Édouard Manet painted a series of five pictures of the event, indicative of the impact on public consciousness at the time.

The most certain is this photograph:

The Emperor was shot first, and the two Generals last words were "Viva el Emperador!"

General Mejia is on the left, General Miramón in the centre, the Emperor on the right

In 1868 the body of the Emperor was returned to Austria and burie din the Imperial vault in the Capuchin church in Vienna. 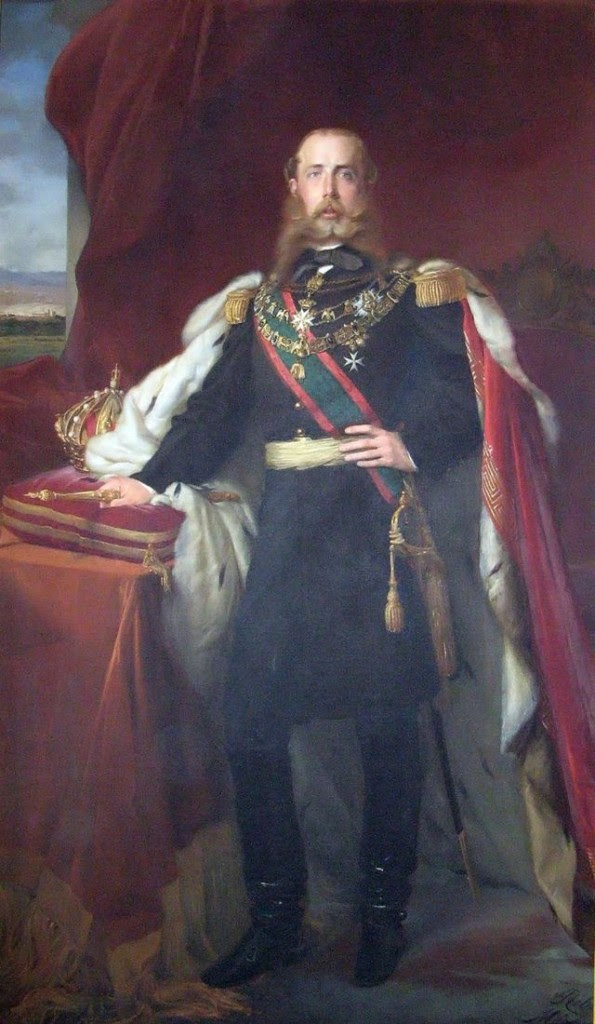 Emperor Maximilian I of Mexico

One of many images of what was hoped to be

There is a useful illustrated piece about his relationship with his brother the Emperor Francis Joseph and the divisive matter of the family pact removing Maximilian and his possible heirs from the Austrian succession here.

A monarch of liberal intentions, who was perhaps naive in many ways, and unaware of the vicious and factious nature of Mexican politics he remains a tragic and sad figure.

Inspired with German medievalist Romanticism he lived out achivalric code in a situation that was conducted by anything but that. This can be seen in his refusal to escape, or to countenace shaving off his whiskers to disguise himself as detailed in the account of his life linked to above.

He and his consort are interesting in the number of images that were created in a short perios of him and his Empress Charlotte/Carlota - they had clearly embraced the new technologies as well as traditional paintings to celebrate the monarchical image.

I have posted earlier in the year about Empress Carlota on the anniversary of her death.

In having him shot Juarez made Maximilian a martyr - and that was a political mistake. As Joan Haslip points out in her life of him Imperial Adventurer a failed Emperor ejected from Mexico and living out a shadowy exile on the fringes of the Austro-Hungarian court was little threat to Juarez and his successors and would have slipped from public consciousness. The firing squad on the Hill of Bells made the Emperor and his Generals world famous and martyrs for a cause.

With the second, and as with the first, Mexican Empire there is an element of what might-have-been. Had either prospered it is possible that Mexico might have had a less violent and troubled two centuries and that the type of reformist traditionalism Emperor Maximilian embodied and offered would have served it better than so many of the regimes it has witnessed.

Being childless the Emperor had adopted two of the grandsons of the previous Emperor Agustin I of the house of Iturbide as heirs. According to biographers what he really wanted was one of his brother Archduke Karl Ludwig's sons to succeed him - which might indeed have led to avery different fate for Archduke Franz Ferdinand or Archduke Otto and his son Bl.Charles of Austria.

As events turned out it was the Iturbides who inherited what was left of Emperor Maximilian's claim. Their history can be read in The Iturbide Dynasty Genealogy and at House of Iturbide.

The first inheritor of that claim was Agustín de Iturbide y Green, the de jure Emperor Agustin II who became an academic at Georgetown and died 1925. There is more about him at Georgetown University's Imperial Prince

From him the claim passed to the daughter and then the two grandaughters of his cousin. So technically there were three Empresses of Mexico  - Maria I 1925-49, Maria II 1949-62, and Maria III 1962-99  - and currently there is the son of the last named the titualr Emperor Maximilian II based in Australia.

Emperor Maximilian and his Empress were never actually crowned and the actual crown itself was destroyed as is mentioned in Imperial Crown of Mexico but replicas do survive: 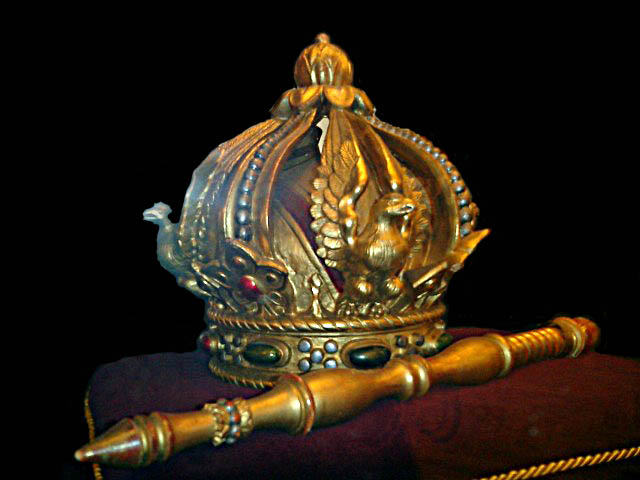 Arms of the Emperor Maximilian I of Mexico