The BBC News website has a post about the 350th anniversary of the Battle of Medway in 1667. This raid by the Dutch on Chatham was a humiliation for the English government.

The article, which is illustrated with contemporary illustrations of the fighting and also of the remains of the stern of King Charles II's yacht the Royal Charles which was captured by the Dutch can be seen at Battle of Medway: The English defeat that's largely forgotten 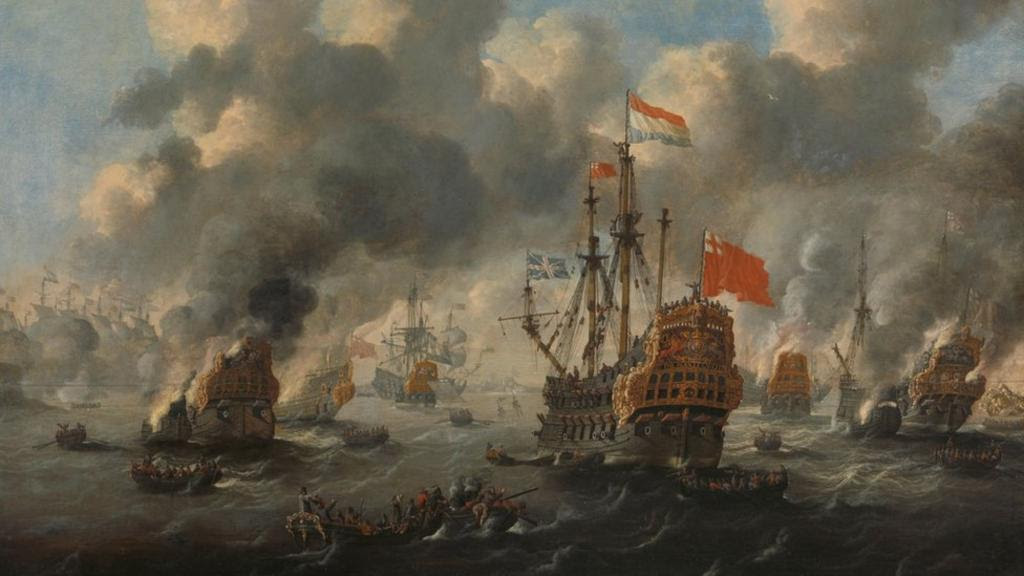 The Battle of Medway
A painting in the Rijksmuseum

The BBC article has a very useful link to the website of  The Historic Dockyard Chatham - Battle of Medway which gives additional information about the events of that week in early June 1667.