Earlier this evening whilst with friends I glanced at the Mail on Sunday, and in particular at Peter Hitchens' column.


Now it is not unknown for him to be criticised these days for having a somewhat pro-Putin stance - well, he is entitled to such views - but here he wrote of NATO jets flying near the "Russian city of Kaliningrad." Surely he meant the occupied German city of Königsberg...

What's in a name you might say .... well rather a lot actually.

Königsberg before the Second World War

Königsberg was the capital of East Prussia, and the symbolic capital of the Kingdom of Prussia, the place chosen for the coronations of 1701 and 1861. There is a history of the city at the web-article  Königsberg and a history of the royal castle at Königsberg Castle. It was inter alia the city of Immanuel Kant, and is the background for the question known, for obvious reasons, as The Seven Bridges of Königsberg 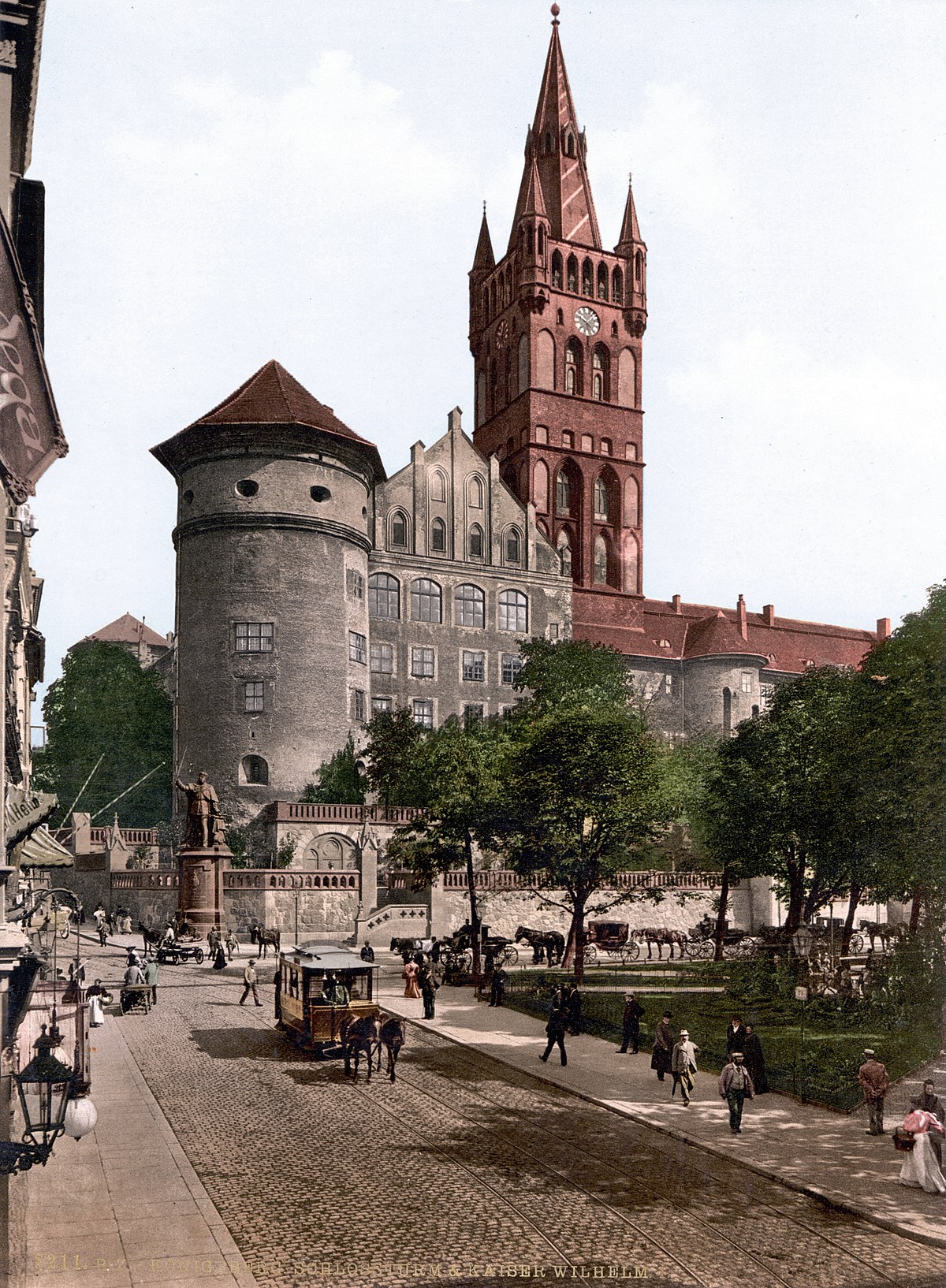 A large, German, city then, but now a Russian one - the reason for that being the events of the 1940s.

From photographs as in the links above and in Königsberg, East Prussia - Remembered,which has a series of old photographs and before-and- after pairs of images, it was once an attractive and distinctive Baltic city with a rich heritage.

The conquest of East Prussia an utterly appalling orgy of Soviet murder and rape. The city, together with the northern half of East Prussia was happily conceded by the supine western Allies to the Soviet Union at Potsdam, whilst the southern half of the province was given to Poland as part compensation for the territories seized by the Russians in 1939. The fact that in a plebiscite little more than twenty years earlier only a tiny percentage there had been in favour of uniting with Poland was conveniently ignored and the centuries old, long standing German community forced out - officially this was to be done " orderly and humanely"! By giving Königsberg to the Soviets the other allies implicitly endorsed the takeover of the Baltic States in 1939-40 - an injustice that was not put right until 1991.

The ruins of Königsberg Castle in 1950

In place of the German city of  Königsberg there came the Soviet city of Kaliningrad. The story is set out in From Konigsberg to Kaliningrad: Burying Prussia's past in concrete. Not inconsiderable parts of what had survived - notably the remains of the Castle - were destroyed to obliterate the memory of Prussia. 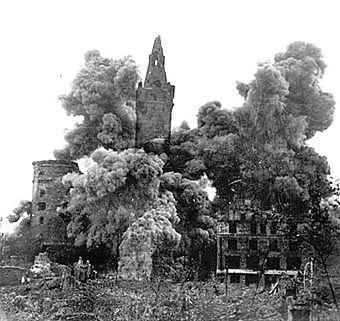 The final destruction of Königsberg Castle in 1968

After 1991 as a city and territory it was left stranded, and looking for a new role. That has included the rebuilding of the cathedral - which is now Russian Orthodox. Once surrounded by old houses it now sits alone amidst the wasteland created by war, deliberate destruction, communism and modern town planning.

Two recent impressions of the city can be found at Königsberg. The city that withstood destruction - Baltic Worlds and Окраина: The Myth of Königsberg. These do refer to such things as the survival of parts of the old city and something of its spirit. it is now accessible in ways that it was not after 1945, and looks to be a strange and eery mixture of what was and what has been and what is.


Even if some survives much is irretrievably lost - although the reconstruction of Warsaw and more recently in Dresden and Berlin-Potsdam shows what can be achieved. There has indeed been talk of such a project in 2010 for example as Architect seeks to rebuild historic core of Königsberg

The current situation of this detached bit of what is once again Russia ( but never was itself), the Kaliningrad Oblast, is set out in Kaliningrad question.

One suspects its status has become one of those matters politicians like to skirt around - it raises too many awkward questions about the present, let alone the not too distant - and often uncomfortably recent - past. On these points see Baltic Review.com/Eastern Prussia: Freedom to Königsberg

As I said above,what's in a name .... well rather a lot actually.