Today is the centenary of the coronation of  the Bl. Emperor Charles as King Charles IV of Hungary in 1916. The fact that he had received this sacramental was of enormous spiritual significance to the King and his Queen Zita, and why he refused to renounce his rights in 1921.

The ceremony, central to the traditional Hungarian concept of kingship, was both deemed to be a constitutional requirement and also, it seems, as a means of binding the new King, who had succeeded to the throne in late November, to the existing balance of political power within the realm by the Prime Minister, Count Tisza.

The history of the ceremony can be viewed at Coronation of the Hungarian monarch.

There is an account of the preparations for the 1916 coronation in Miklos Banffy's memoir The Phoenix Land and part of that is reproduced online at Coronation-of-Emperor-Karl with additional material. There is also a detailed description of the day, set within the action of a sprawling novel about a Magyar aristocratic family, in Lajos Zilahy's The Dukays. 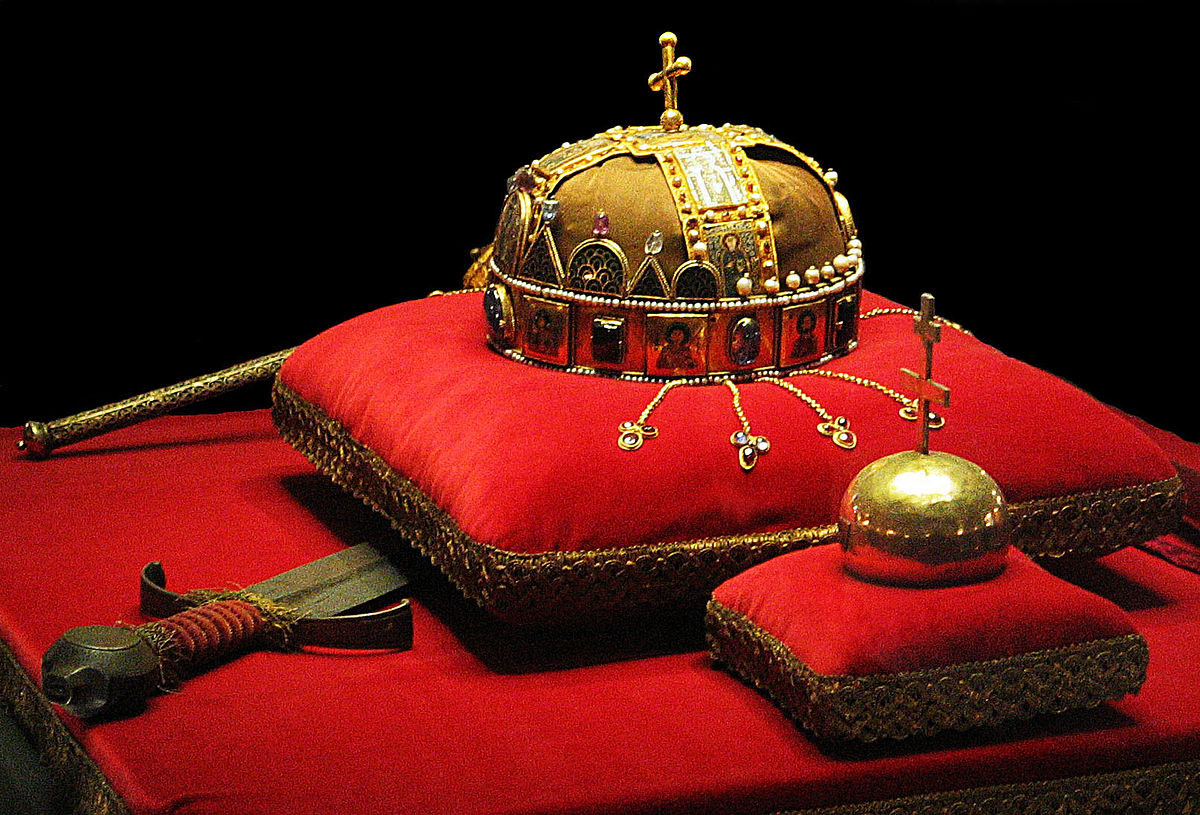 The Holy Crown, Orb, Sceptre and Sword of the Hungarian Regalia 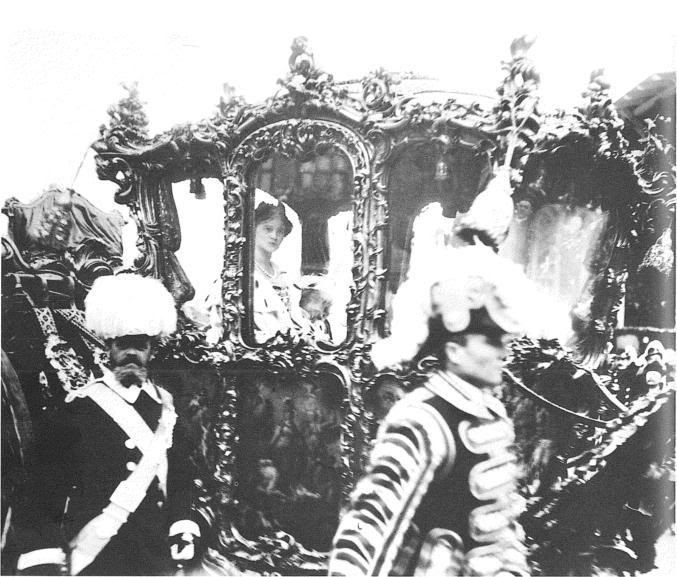 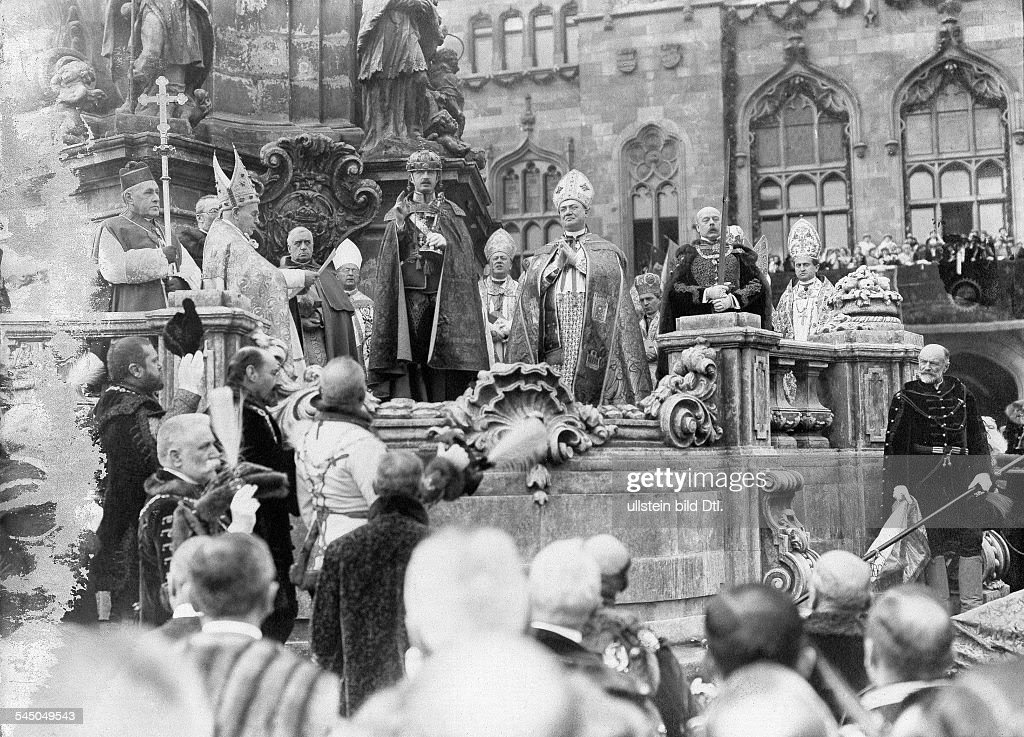 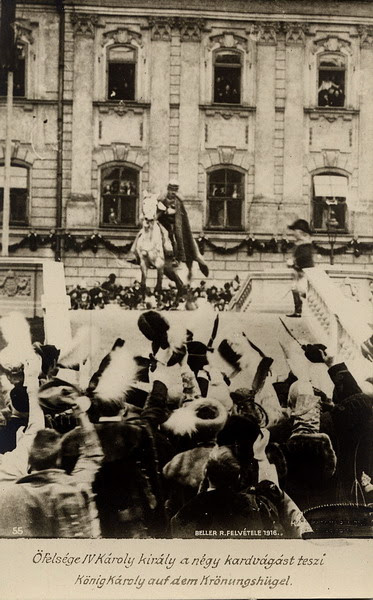 The King on horseback upon the hill composed of soil from every county in Hungary.
This part of the ceremonial involved the King riding up the hill and brandishing his sword to the four points of the compass to symbolise his defence of the frontiers of the kingdom - indeed the oath speaks of extending them. 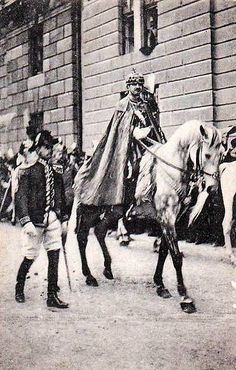 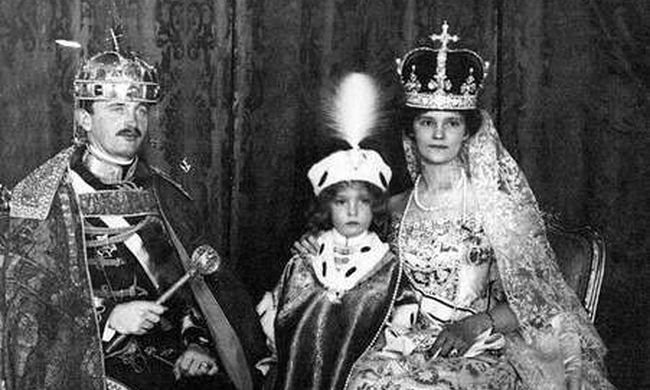 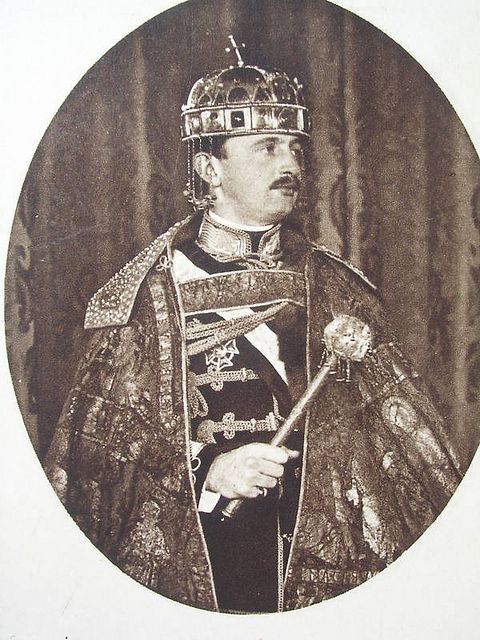 King Charles IV wearing the Holy Crown
and mantle of St Stephen and holding the sceptre.
He was Beatified in 2004