Today is the 950th anniversary of the Battle of Hastings. This was arguably the most important event in English - and by extension British/UK  - history in the last thousand years. I posted something about the victor in 2012 at William the Conqueror

The anniversary is being commemorated on the latest 50pence piece with the figure, traditionally assumed to be King Harold II, on the reverse. 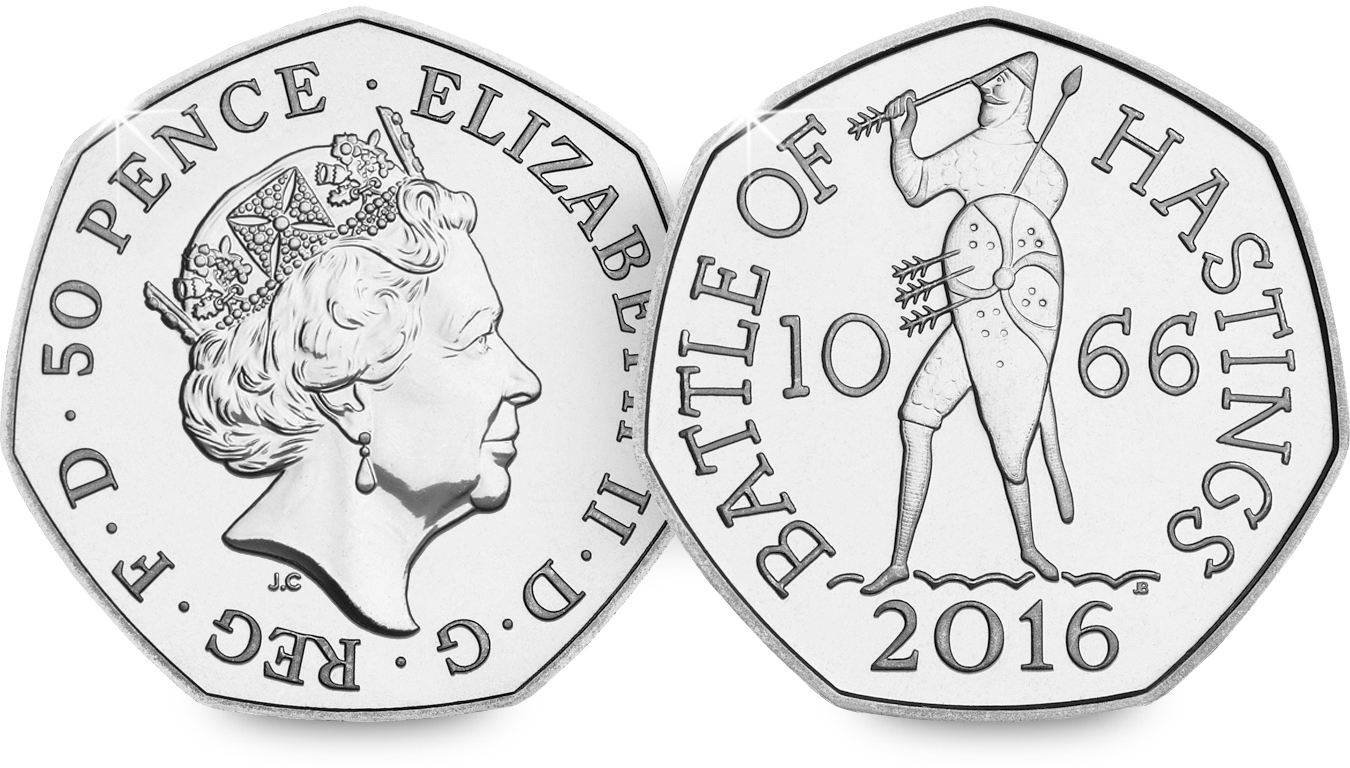 
Guernsey has issued a £5 coin to mark the occasion - and as the Channel Islanders are wont to do may be seen as their celebration of 'their' conquest of Engalnd. 
The coins have the portrait of The Queen, who is, of course, descended from both King Harold II and King William I as Montcrieff and Pottinger pointed out in Blood Royal many years ago - Queen Philippa of Hainault was descended from King Harold, so all descendents of her and her husband King Edward III share this joint ancestry.