Serving on Passion Sunday at Hethe


Yesterday I paid my first visit to the Catholic church of Holy Trinity at Hethe, near Bicester. At lunchtime, in addition to the normal parish Mass there was, a celebration of Mass in the Extraordinary Form by the parish priest, Fr Paul Lester. 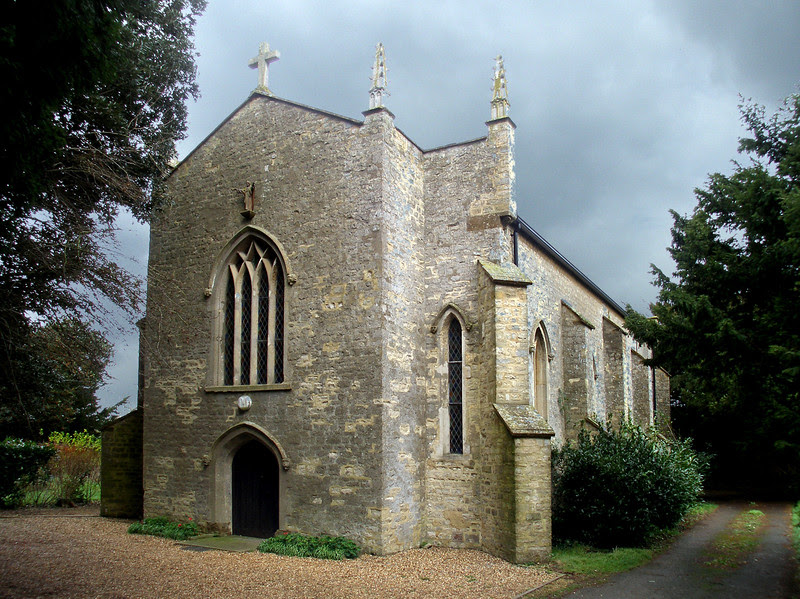 I had been asked to go along not just to attend Mass but to serve. It is while since I had that privilege, and despite my somewhat arthritic right hip and knee I managed to act as one of the two acolytes. 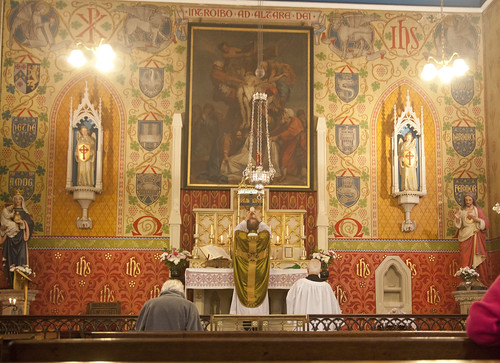 Hethe Church - outside of Passiontide


The church was built in 1832 by the old recusant Fermor family. It is rather charmingly rustic, and a rare survival of an early to mid-nineteenth century Catholic church interior - slightly naive, but rather charming, with pretty early twentieth century decoration that is clearly aware of Pugin, but several removes from him.

There is more about the church and its history at http://oxfordlmsrep.blogspot.co.uk/p/more-about-holy-trinity-hethe.html

The church has asplendid up to date sacristy behind this nineteenth century setting, and as a visitor I was made to feel very welcome.

After Mass we had coffee in the adjacent St Philip's Hall, raided the book stall - I got paperback copies of John Betjeman's Ghastly Good Taste  and Miri Rubin's history of late medieval Britain - before going off with my friends David and Matthew for lunch in Bicester. By now it was a very pleasant day when one felt winter was definitely over, but that spring was not here yet, but felt it was on the way.

A very enjoyable foray out into Catholic rural Oxfordshire, and one I would be happy to repeat.