Liszt's Via Crucis at the Oxford Oratory

Last night I attended a performance at the Oxford Oratory of Franz Liszt's Via Crucis, a musical following of the Fourteen Stations of the Cross. Interspersed with this were the reading of Bl. John Henry Newman's meditations for each of the Stations.

This was a thoughtful, reflective performance which provided a very suitable Lenten devotion.

Here is abpiece about the Via Crucis from the Oratory website: 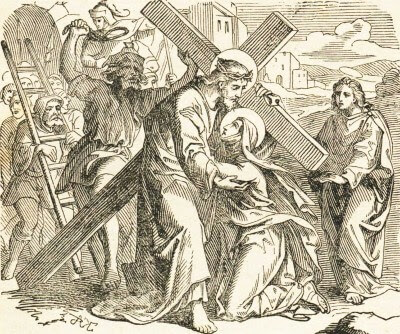 Via Crucis is perhaps the closest Liszt came to creating a new kind of church music through combining a new harmonic language with traditional liturgy. While the overall atmosphere is restrained and devout in feeling, the harmony underpinning the music is experimental, including an extensive use of the whole-tone scale. While the composer uses familiar chorale and hymn tunes, the overall impression aurally is of an unsettled tonal language. Three of the 15 numbers (an introduction along with depictions of the 14 Stations of the Cross) employ sliding chromatic lines and harmonies; and when those harmonies do come to rest, they are often diminished or unique. Other Stations use successive chromatic chords and may abruptly end on a single tone.