The Fall of the House of Savoy

The always interesting blog The Mad Monarchist has a lengthy and interesting post about the House of Savoy in the period from 1922 until 1946 and the various possible risks to its survival throughout that period. It can be read at Did World War II Doom the Italian Monarchy?

Other posts on the Savoyard dynasty and era by the Mad Monarchist can be seen here. 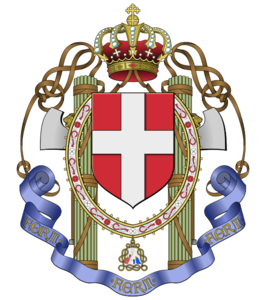 TheArms of the Kingdom of Italy 1922-1943
The fasces replaced the lion supporters used hitherto.They were reinstated with the end of the Fascist government.

The evolution of the arms of the Kingdom of Italy can be seen in the illustrated online article here. 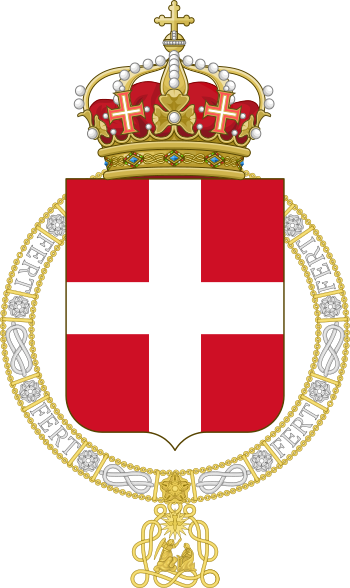