The Cleansing of the Temple


The Gospel at Mass today in the novus ordo was St John's account of the Cleansing of the Temple.

The theme was popular for commissions after the Council of Trent to show the Church reforming itself.
Here are four paintings of the scene by one of my favourite artists, El Greco.  In these paintings the evolution of his style can be seen very clearly.

The first is dated to before 1570 when El Greco was working in Venice and shows his reception of Venetian forms. It is now in the National Gallery of Art in Washington DC. The second version, now in the Minneapolis Institute of Arts dates to 1584-94, after he had settled in Spain, and has the same composition, but the figure of Christ is more prominent and the palate more what one expects with El Greco's mature style. Unfortunately I cannot find a suitable photograph to download satisfactorily.

The third version, is from 1600, was probably painted in Toledo, and is now in the National Gallery in London. It is, I think, better known and more striking by its simpler composition and the way it emphasises Our Lord's centrality. 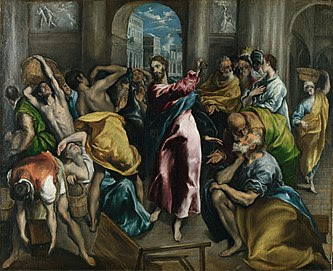 The fourth dates from 1609 and is in the church of San Ginés in Madrid. The figures are more attenuated, the architectural background more etherial, yet the composition and forcefulness the same. 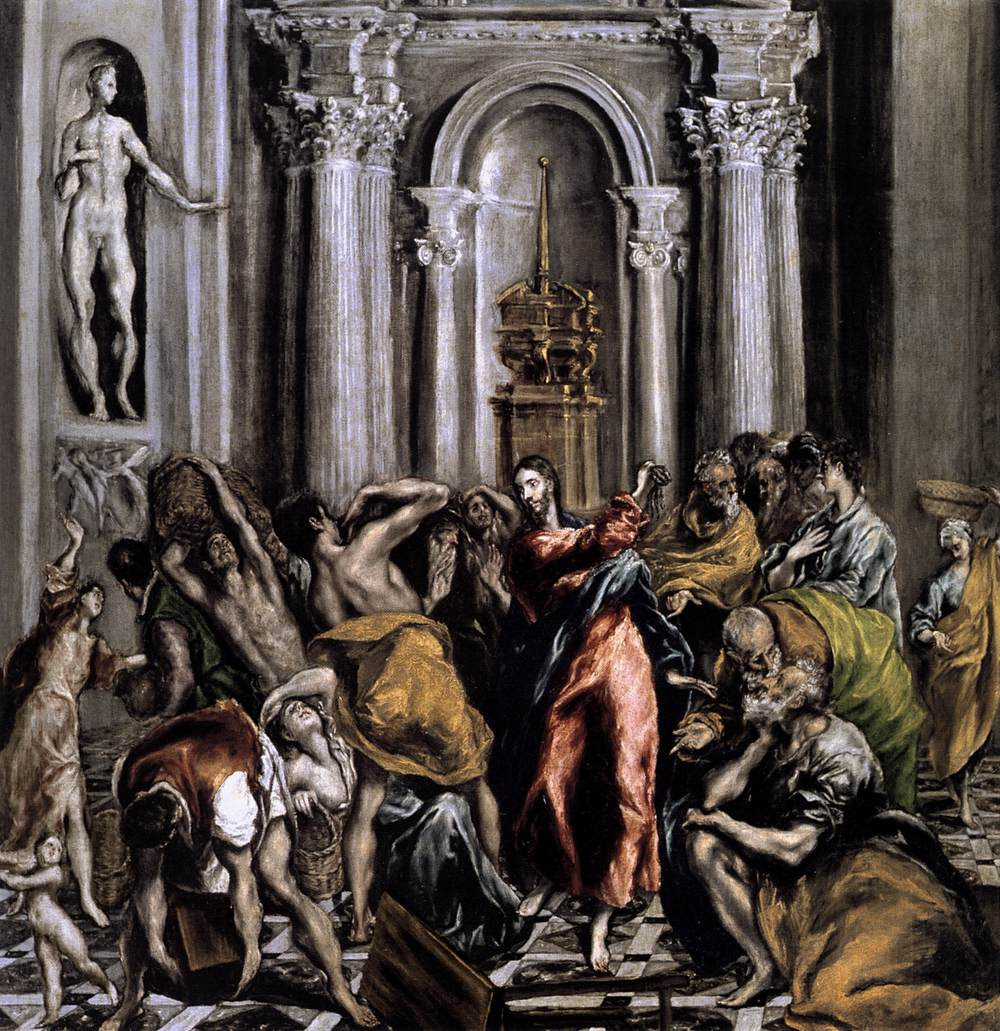 We need a cleansing of Church documents interpreted with an irrational premise.