Oriel and the Great War

Last Friday evening I was in Oriel for the annual Lee Seng Tee lecture on the history of the college. The speaker was Dr John Stevenson, Reader Emeritus in History, formerly a Fellow of Worcester and previously an Oriel college lecturer. His topic was Oriel and the Great War. 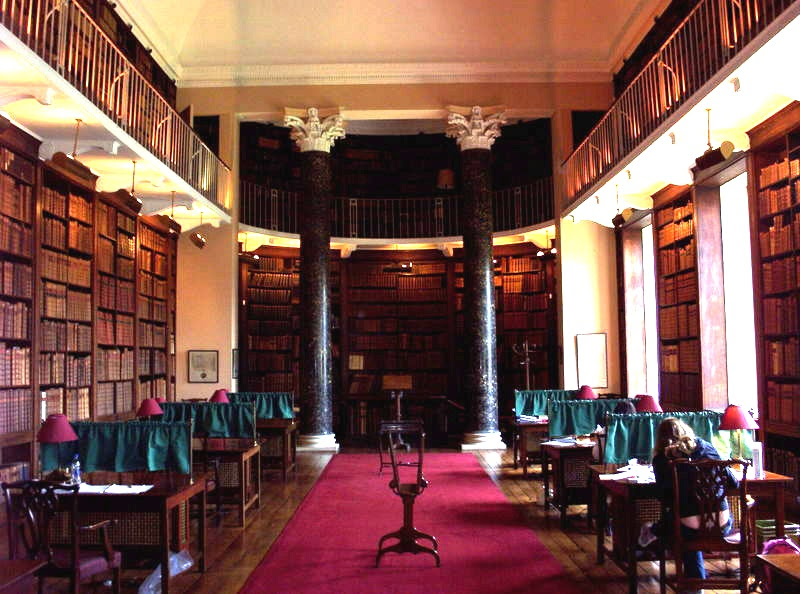 The Senior Library, built in 1788, where the lecture was delivered
As those who know Dr Stevenson would have expected it was an elegant and well researched paper, delivered with both humanity and humour. Amongst the points that emerged were the fact that Oriel had the highest enlistment rate of any college in 1914, and. after Corpus Christi the second highest casualty rate over the course of the war. He focused on the role of Provost Phelps (1914-29) both during and after the war - including his extensive correspondence with Oriel men at the front and with their families and also on the post-war land sales of the college estates.
We were also reacquainted, if we needed to be, with two Orielenses who came up after war service and who were to become, in the words of a previous Regius Professor of Modern History at Oriel, the authors of the greatest work on English historiography written in the twentieth century - Sellers and Yeatman, the authors of 1066 and All That.
Dr Stevenson also spoke about Somerville's occupation of St Mary's Quad from 1915 to 1919,and the events of a June night in 1919 when during Eights Weeks celebrations an attempt was made by some Oriel men to invade the female preserve occupied by Somerville. This was the fullest account I had heard of this entertaining episode - one which does rather invite the skills of a screen writer.
The lecture, as with others in the series, is an anticipation of the collaborative history which is being written of the college.
After the lecture and its attendant reception I was entertained at High Table by my friend and visiting Fellow of the College, Peter Nockles. Once there I found that, in the absence of a Bible Clerk, my old skills as Head Bible Clerk were called upon to say the College Grace - old skills die hard.
Posted by Once I Was A Clever Boy at 09:57