Today is the three hundredth anniversary of the the birth in Rome of Prince Charles Edward Louis John Casimir Sylvester Severino Maria, better known as Prince Charles Edward, Bonnie Prince Charlie, as King Charles III or the Young Pretender depending upon individual alleigence.
His impressive roll call of baptismal names, given at his Papal baptism, indicated his Stuart and English ancestry and claim, his French links and Polish ancestry as well as his Catholic and Roman heritage. 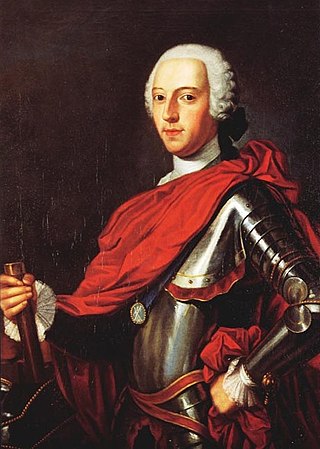 Prince Charles Edward
Image: Wikipedia
The debate about whether a Jacobite restoration was at all achievable, about the complex nature of Jacobitism and it place in English and Scottish, not to mention Irish or even Colonial, society, and about Charles Edward himself, continues. It is all stimulating and engages the mind. Today it seems more lively and much better informed than it was fifty or seventy years ago. The embers are by no means cold.
A striking feature of this is the reappraisal of the Prince. Far less than in the past is he a figure of almost ethereal romance briefly captured on a shortbread tin. Nor is he seen by others than those determined so to do as an Italian adventurer who precipitated without thought the destruction of Clan society. In recent years academic study has seen him as a complex individual - in many ways gifted, but not without limitations - who etched his place into the history of these islands with elan and promise. As to his later years one wonders how different the tiny Court that surrounded him was in essence, if not scale, from those of his reigning contemporaries from Lisbon to St Petersburg. The problems he displayed as a claimant in exile are not alas unknown to other royal houses in their turn in more modern times. Sad, but true. The “nasty bottle” as Cardinal York referred to it accompanied most eighteenth century politicians. Even in his Lady years the Hanoverian government and its agents were fascinated by his life and dealings.
On this three hundredth anniversary at least there is the feeling that at long last he is receiving a more judicious assessment than hitherto.
Posted by Once I Was A Clever Boy at 22:21

Please give us some book titles or other resources from the contemporary
"judicious assessment".