Yesterday I joined a group from the Oxford Oratory on a pilgrimage to Westminster Abbey. There we had the privilege of celebrating Mass at the tomb of St Edward the Confessor. Fr Daniel, the Provost was celebrant, and it was a remarkable experience kneeling surrounded by so many English monarchs - English Catholic monarchs - at the shrine of St Edward and so close to the site of the coronation ceremonies 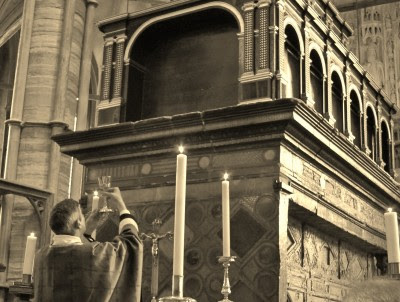 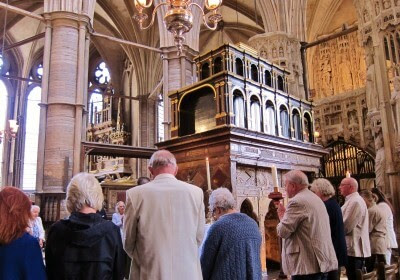 I can be seen here centre right- when I knelt down I was at the side of the tomb of King Richard II who died in my home town at the castle and whose story influenced my choice of later medieval history as a particular academic interest. There were certainly souls to call to mind to pray for. 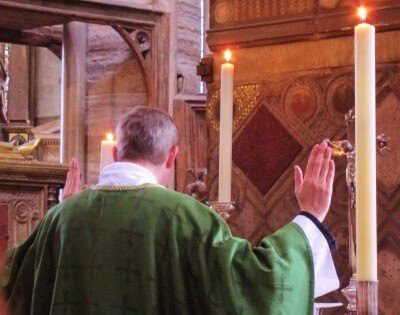 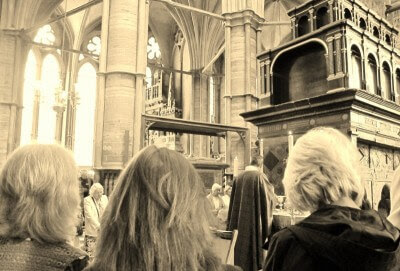 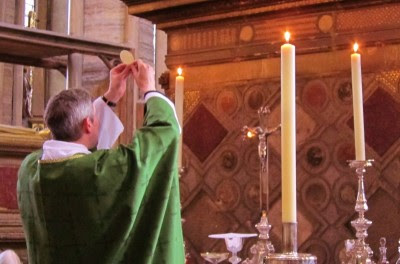 Having seen the thre-part series on the life of the abbey on television the other year and the work of the Dean to present the complex to the public I was interested to see how much the interior has improved in terms of access and visibility from previous visits twent odd years ago. Although the abbey was very busy the crowds flowed rather than stagnated and you were not sent round in on elong column the visitor has time to look and reflect on the vast number of things to see and appreciate. You get much more out of your visit I think than you used to and the whole building looks cleaner and better  kept - it did not necessarily do so in the late 1980s and early 1990s. If you have not been for awhile do go and look, and even if you do know the abbey well, go and look again - it is a constant revelation of past art and achievements.

We lunched in the excellent new restaurant anmd after time to look around the cloisters and Chapter House - again more accessible than previously - and, dodging a cloudburst, rejoined our coach in Broad Sanctuary.

In the afternoon we went to Westminster Cathedral, where we were able to process through the Holy Jubilee Door of Mercy. If the calligraphy looks familiar, it is because, like our own Holy Door, it has been painted by Mrs Freddie Quartley, who is an Oratory parishioner: 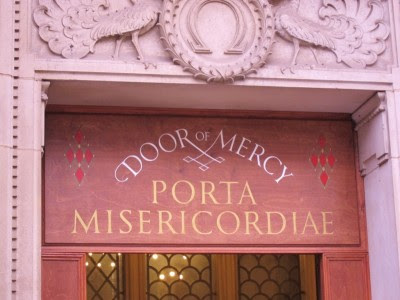 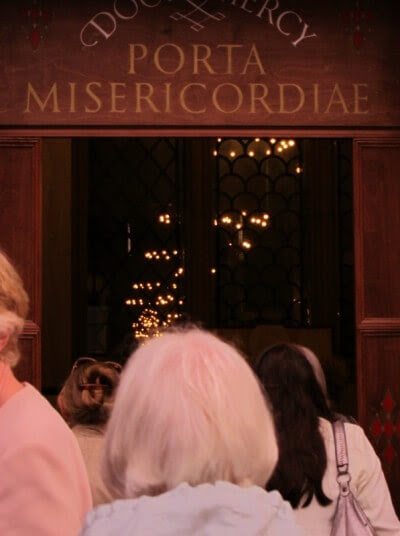 We concluded the afternoon by saying Vespers in the cathedral Lady Chapel.

This was a splendid day out both as apilgrimage and as an opportunity to see Westminster Abbey - there is so much of our national history there that it can at times almost overwhelm, yet still remains surprisingly intimate.