John Dillon has posted on the Medieval Religion discussion group the following piece about St Patrick, his relics and iconography:

The fifth-century St. Patrick is the apostle of Ireland and one of its patron saints.  The son of a deacon and the grandson of a priest, he was captured at the age of sixteen from his home town in Britannia by pirates who sold him into slavery in Ireland.  He toiled for six years as a herdsman before escaping and returning home.  Later he experienced a nocturnal vision in which he was recalled by the Irish to minister unto them.  After further divine prompting, Patrick returned to engage in pastoral activities of that sort (chiefly, it would seem, in Ulster). We have two genuine writings by him, the Confessio  ("Confession") and the Epistola ad milites Corotici ("Letter to the Soldiers of Coroticus").  English-language translations of these are here:
http://www.confessio.ie/etexts/confessio_english#01
http://www.confessio.ie/etexts/epistola_english#
By the seventh century, when his Vita by St. Muirchú (BHL 6497) will have been written, Patrick was already the stuff of legend.  Armagh claimed to have his remains and promoted his cult.  A notable relic of this activity is the ninth-century Book of Armagh (now Trinity College, Dublin, Ms. 52), which in addition to the Gospels and other New Testament texts contains Muirchú's Vita of Patrick, another by bishop Tírechán (BHL 6496; late seventh- or early eighth-century), and other writings bearing on Patrick.  A page of this manuscript is shown here:
http://www.confessio.ie/manuscripts/dublincodex#1
The Book of Armagh was long kept in an eighth-century satchel originally crafted for a larger book:

http://www.personal.utulsa.edu/~marc-carlson/leather/armagh.jpg
Another relic associated with Patrick is the very early (late sixth-century?) handbell known as the Black Bell of St. Patrick and now kept, along with its late eleventh- or very early twelfth-century shrine, in the National Museum in Dublin.  Views of both the bell and the shrine are here:

Another view of the bell:
http://www.100objects.ie/wp-content/uploads/2012/10/PatricksBell_R4010_05.jpg
Patrick is the patron saint of Patrick in the Isle of Man, where the remains of an originally tenth- or eleventh-century church dedicated to him are enclosed within the walls of Peel Castle on St Patrick's Isle.  In the aerial views shown here, the ruin in question is visible between the round tower and the remains of the cathedral of St. German: 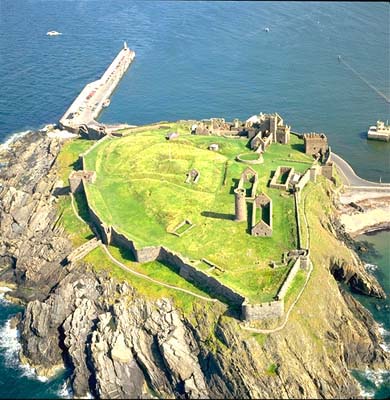 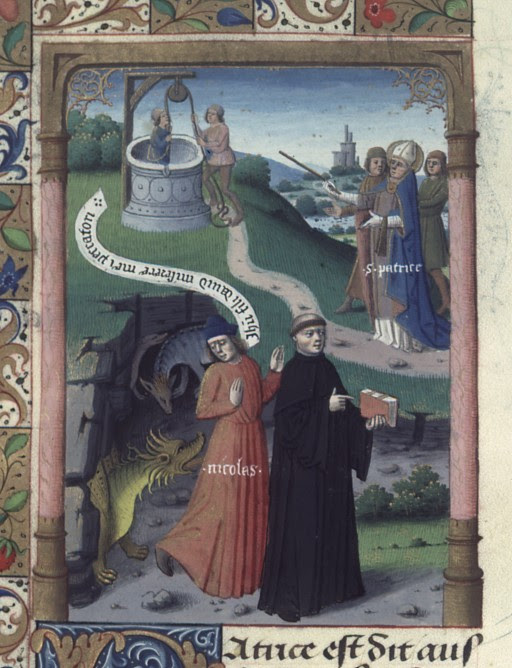 The Zenit website today has the text of a homily by the Bishop of Derry about St Patrickand his real significance for modern Ireland which can be read at What Might St. Patrick Say to His Spiritual Descendants Today? It is a homily which makes some telling points, some of which might not have been said only afew years ago.