The Howard tombs at Thetford and Framlingham

The blog Supremacy and Survival has an interesting piece today about work being undertaken to reconstruct the original setting of the Howard tombs in the Cluniac priory church at Thetford before their removal to Framlingham by the third Duke of Norfolk. It can be read at Tudor Tombs: Henry VIII's Son, the Duke of Richmond.

The story of the removal of the bones and tombs represnts an intersting example of family piety by that remarkable and skillful political survivor Thomas, third Duke of Norfolk (1473-1554). 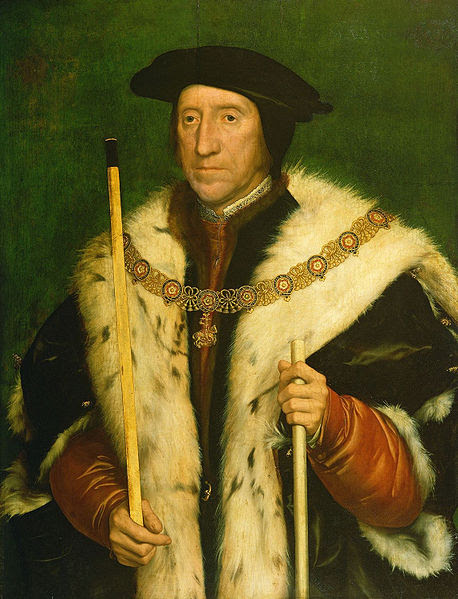 Thomas, Third Duke of Norfolk K.G.
Hans Holbein, 1539-40
The Duke holds in his right hand his ceremonial baton as Earl Marshal  and in his left the wand of office the Lord Treasurer

Image: Wikipedia from the Royal Collection


Thetford priory is now, alas, little more than foundations and low walls, although when I visited it in 1986 I was struck by the similarity of its layout and remains to what must once had existed at the Cluniac priory in Pontefract and has been recovered by excavation.

The family necropolis created by the third Duke of Norfolk at Framlingham in Suffolk is very fine indeed, with some of the earliest English Renaissance tombs in the breathtaking pair constructed for the Duke, his two wives, and the matching tomb for the second and third wives of his grandson the fourth Duke. With their Renaissance features, including the shell topped niches for the surviving statues of the Apostles, they are a fascinating glimpse of what was, and might yet have been, in the Catholic court culture of Queen Mary I. In addition there are the tombs moved from Thetford of the second Duke, the victor of Flodden, and of Henry Fitzroy Duke of Richmond, the illegitimate son of King Henry VIII, who was married to a Howard, and also the Jacobean monument to Henry Howard Earl of Surrey.

St Michael's Framlingham should be very high on anyone's list of historic English churches to visit. 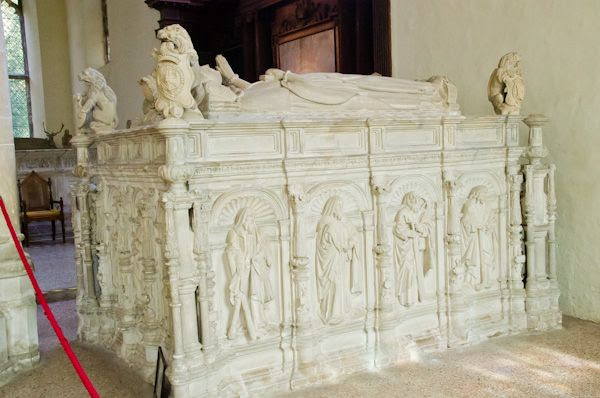 The tomb of the third Duke of Norfolk and his two wives
Framlingham church
Image:britainexpress.com