When I arrived at the Oratory for Mass this evening I saw displayed in a frame in on the altar in the Relic Chapel the front portion of the white lining of a chasuble said to have been constantly used by St Francis Xavier (1506-1552), whose feast day it is today. Although I knew the oratory has built up an impressive collection of relics this was one which I had not seen before and of whose existence I was unaware. 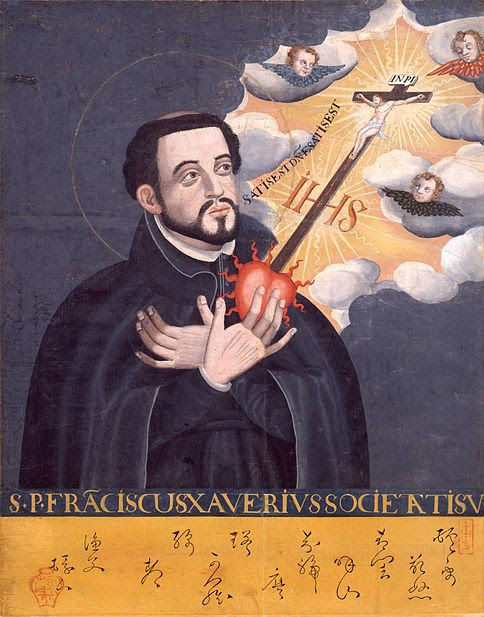 At our Brothers meeting this evening Fr Jerome illustrated his talk on St Francis with readings from the saint's letters back to Rome, letters which were eagerly read and heard by St Philip Neri and others, inspiring St Philip to want to go to the Indies. In his case the answer he was given was thnat Rome was to be his Indies.

There is an online account of the remarkable life of St Francis here, which also has pictures of his body, which was taken back to Goa and which has survived remarkably well, although I seem to remember concern last time it was publicly exposed for veneration about the risks of deterioration to it.

Looking on the Internet I found this picture of a vestment which is described as having been used by St Francis and which is still preserved in at the Basilica of Bom Jesus at Velha Goa. I should add that it looks later in date to my mind, and I wonder if it is secondary relic through having been used to clothe St Francis' body. If it really is one he used it indicates the quality of things he used - there was on this evidence clearly no scrimping in the mission field in the mid-sixteenth century: 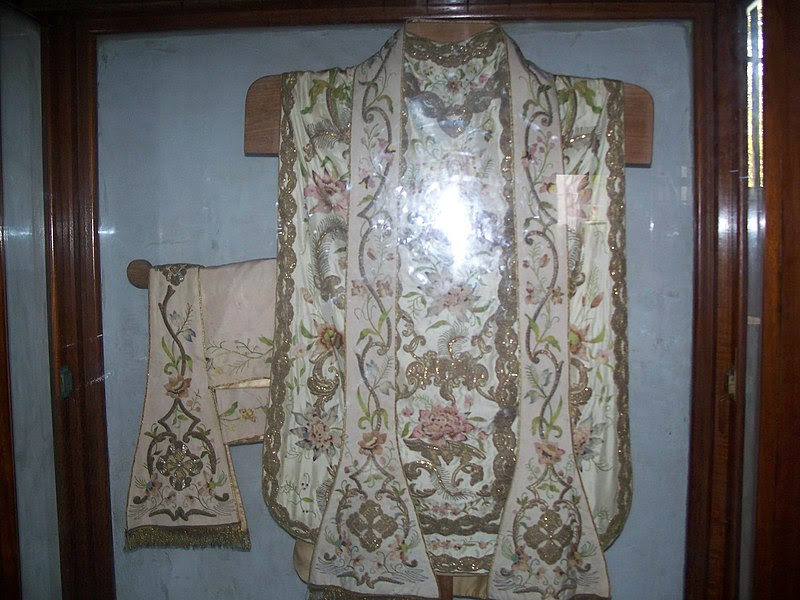