Yesterday evening I was at a reception in the Senior Library of Oriel to mark the publication of Oriel College - A History. Edited by Jeremy Catto this is a very substantial collaborative work, with a series of studies covering the history of the college since its foundation in 1324-26. 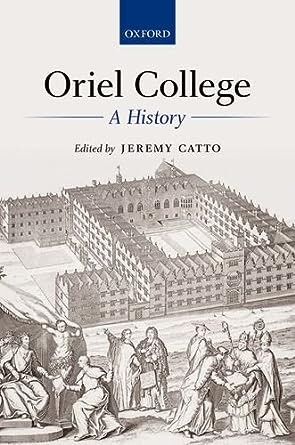 
The project, similar to thos eundertaken or being undertaken by other Oxford colleges, was initiated under Provost Ernest Nicholson, and formally begun under his successor Sir Derek Morris in 2006. Both were present to hear the new Provost, Moira Wallace, introduce the book and Dr Catto as its editor. In his remarks Jeremy Catto referred to the often fraught relations within the fellowship over the centuries and to the fact that Oriel had produced "One saint, two beati and a member of Hitler's cabinet" - which does rather sum up the varied alumni of the college.

This was an evening which was Oriel at its bext with many familiar faces present and a general agreement as we sipped our champagne and ate our canapes that whatever rows may have plagued the SCR over the centuries Oriel is an essentially happy and friendly college, and one with a rich diversity of members to its credit.


Some years ago there was the possibility that I would have had a behind- the-scenes role in assisting the history project, something I would have been delighted to do. To my very great disappointment that did not come about, but it is good to see so handsome and impressive a book now in print.

Oriel College - A History. Edited by Jeremy Catto is published by Oxford University Press at £85.00. It is avaialble to Oriel members at the special price of £49.50.