Hollister's biography of King Henry I

Over the weekend I finally finished reading C.W.Hollister's Henry I , which is published by Yale UP in their series on English Monarchs, and which I been reading for over two years in fits and starts - it is a substantial volume. 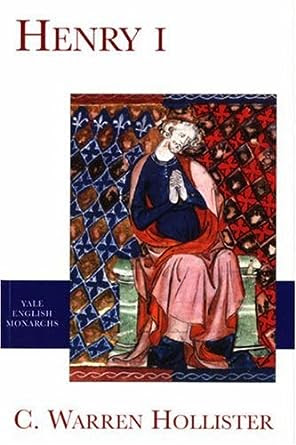 Image not available
The original text of the volume was completed in 1990, but that year the print-out, back-up computer copies, notes, library and home of the author were destroyed in a forest fire in California. By the summer of 1997 he had re-written the bulk of the book, together with drafts of the remaining chapters when he suffered a fatal heart attack and the completion of the volume was left to a former research student, Amanda Clark Frost, who has done a splendid job in editing it all together plus filling in the missing chapters - notably on the King's support for the abbey of Cluny and its place in the religious culture of the era.

This is a very readable biography which presents a convincing, humane portrait of an able king who has not always been so clearly understood as he was by Hollister. For him King Henry is an able pragmatist, and reading the book one appreciates both the King's skill in the art of governanace and Hollister's skill in the art of history.


This is a big and comprehensive study which opnes up to the reader the challenges and possibilities facing a ruler in the early twelfth century, and it treats its material in a clear-sighted way - you appreciate the realities of the issues King Henry faced and the means by which he dealt with them.

A book very well worth reading, and well worth going back to pursue particular fields of study and interest. Written by an expert it is not just a book for other experts - anyone with an intererst in the period can gain from looking at it.