Anniversary of the Accession of the King of Romania

Today is the ninetieth anniversary of the first accession to the throne of H.M. The King of Romania in 1927.


This was on the occasion of the death of his grandfather King Ferdinand I, of whom there is a biography at  Ferdinand I of Romania. His eldest son Carol, and father of the present King, had renounced his right of succession the previous year and went into exile with his mistress. In 1930 he returned to the country, displaced the triune Regency that ruled in the name of his son and was enthroned as King Carol II. King Michael became Crown Prince until 1940 when his father abdicated and again went into exile, dying in 1953. Since 1940, most of that time, alas, in exile, the present King has been a symbol of his realm and a sign of hope to many. 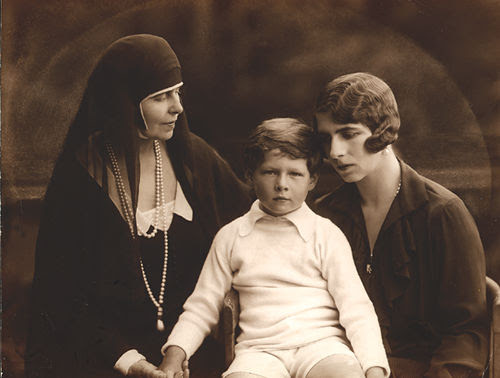 The King of Romania during his first reign with his grandmother Queen Marie
and his mother Princess Elena.
His monogram can be seen behind the Royal group