Order of the Annunziata 650


Last year I posted in Order of the Annunziata about the Supreme Order of the Most Holy Annunciation of the House of Savoy.

I included amongst the links therein one to the Wikipedia article which can be found here and from that to the more detailed Order of the Most Holy Annunciation (Chivalric Orders site). There is also the link to the official website of the orders of the House of Savoy Ordine supremo della Santissima Annunziata which has some more illustrations of the insignia of this great Order.

Here is a photograph I found online of insignia made by Musy of Turin circa 1930 and which belonged to King Albert I of the Belgians. It was in January of that year that his daughter, Princess Marie-Jose married Prince Umberto, the heir to the Savoyard throne. 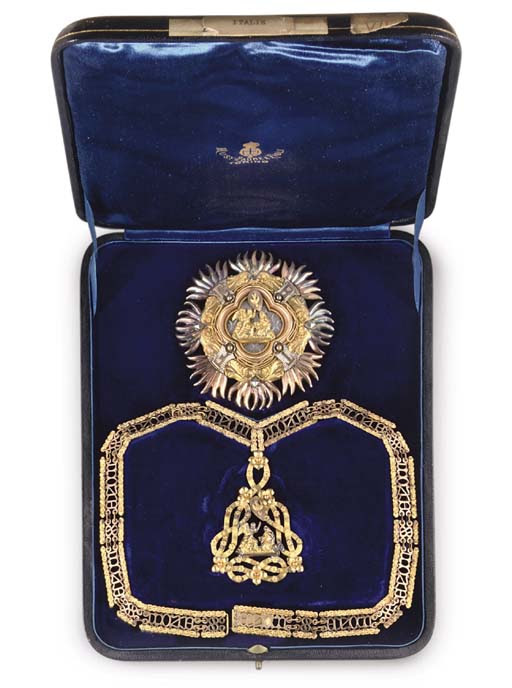 Image: Christies
I also found online a selection of pictures of King Umberto II and Queen Marie-Jose in their long and unmerited exile from their kingdom, and in which members of the House of Savoy can be seen wearing the Order of the Annunciation and other Orders. They can be viewed here.