Today is the feast of St Edmund King and Martyr about whom I posted in St Edmund in 2010.

This year I thought I would feature the Bury St Edmunds Cross, otherwise known these days as the Cloisters Cross from its present home at the Cloisters Museum in New York, which acquired it in 1963. The depressing story of how it was bought by the Met in New York, and not by the British Museum, is told in toe-curling awfulness in Thomas Hoving's book King of the Confessors.

The cross is believed to come from the abbey at Bury St Edmunds, the great shrine church of St Edmund in Suffolk. Made of five pieces of walrus ivory and standing almost 23 inches high it retains traces of its original polychrome decoration and is dated to 1130-70.

There is an online article about it here.The Metropolitan Museum's website features it here, and gives the texts of the numerous biblical verses carved on the cross.

There is now a copy of the cross at the cathedral of St Edmundsbury, and there is an online article about that which can be read here.

The cross has ninety two figures amd ninety eight inscriptions - this was made for a monastic community that knew its scripture. Shown as the Tree of Life the cross has Moses setting up the brazen serpent as a Type of the Crucifixion in the central boss on the front. To the right is the Deposition, and to the left the Women at the Tomb. Above is the Ascension. At the base of the cross Caiaphas and Pilate dispute the text of the titulus. What is believed to be the corpus from the cross was found in a Museum in Oslo.

On the reverse the Agnus Dei is at the centre, with the emblems of the Evangelists at the cardinal points - although the Angel of St Matthew at the base is now missing.

How the cross survived the dissolution of the abbey in 1539 is unknown - it re-emerged after the Second World War from cenral Europe, and it was the lack of a definite title of ownership by the vendor which, tragically, caused the British Museum to baulk at purchasing it.

The cross is somewhat controversial because of the clear hostility in its selection of verses to the Jews - what was acceptable in a twelfth century East Anglian abbey may not go down too well with potential Jewish patrons of the twentieth century Museum....

Nonetheless this is a wonderful treasure, and a masterpiece from one of the greatest of English abbeys and shrines, and at one of the great periods in its history of which we know a great deal in the life of Abbot Samson by Jocelyn of Brakelond. It is also a window on to the spirituality of the middle twelfth century when new understandings of scripture and tradition blended with those of previous generations. 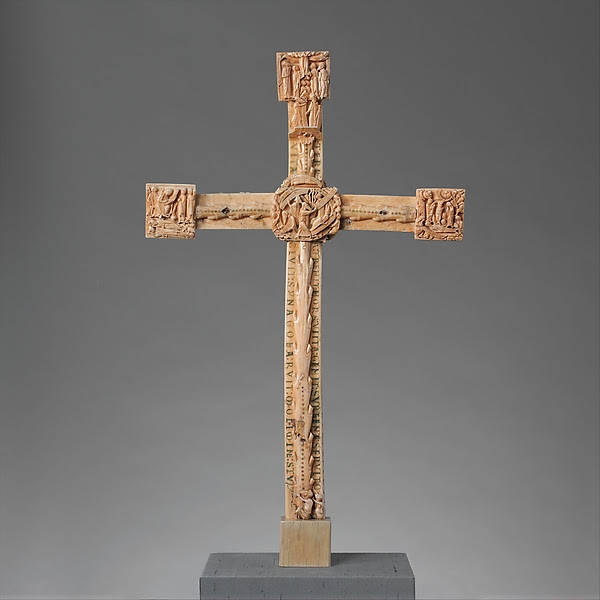 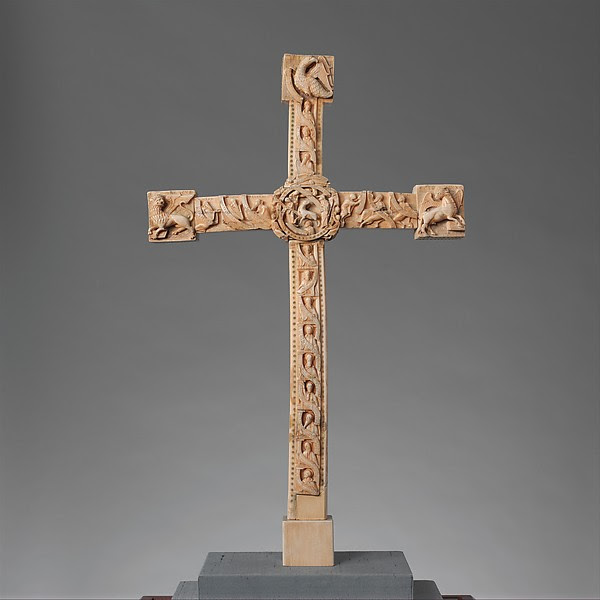 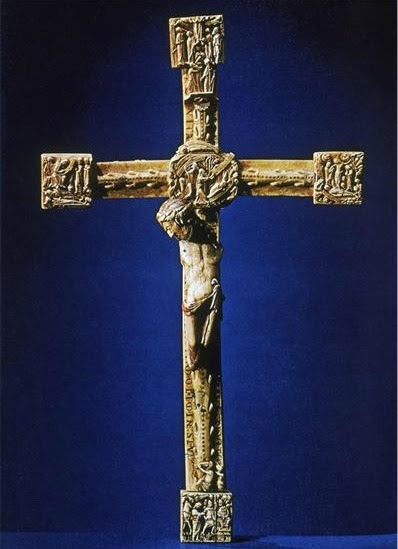 The Cross with what is believed to be the original corpus, which is now in a museum in Oslo 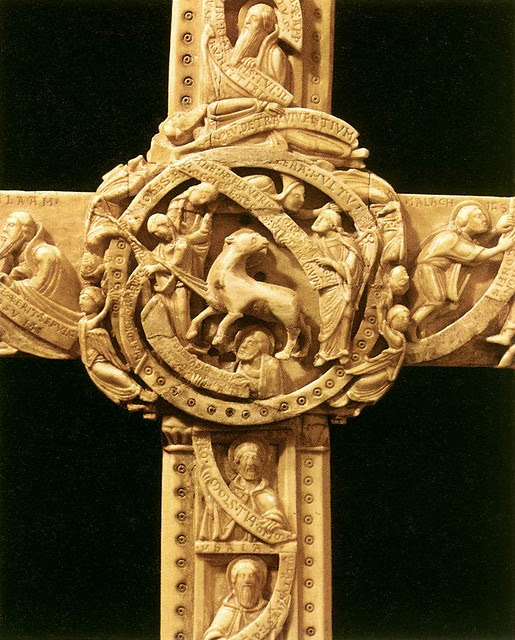 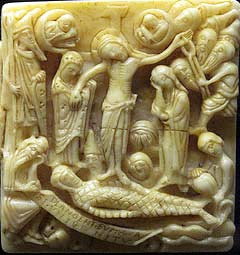 The Deposition from the Cross and Burial
Image:julianna lees on Flickr 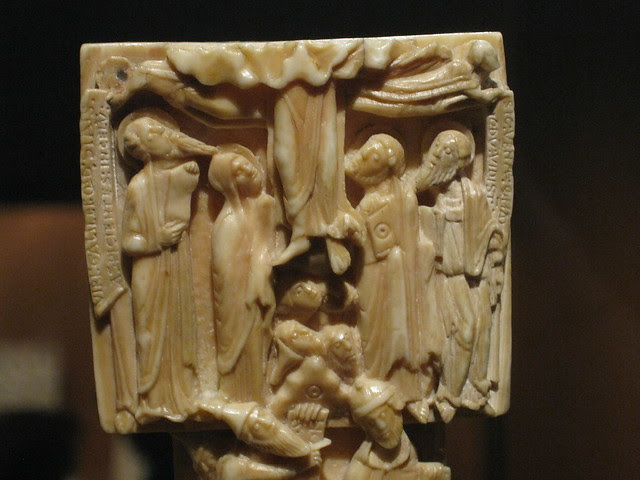 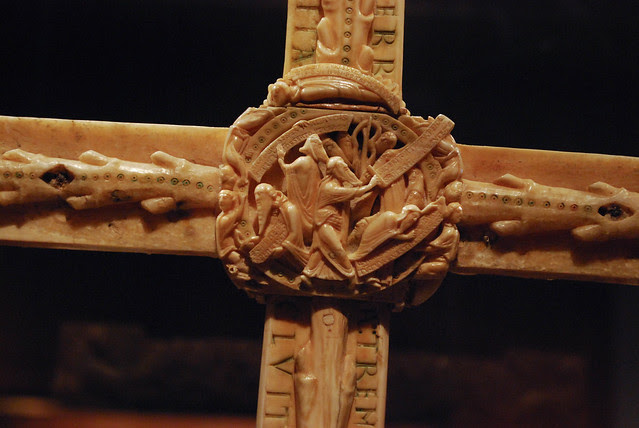 Moses setting up the Brazen Serpent
Image:A. Elizabeth Berg on Flickr
Posted by Once I Was A Clever Boy at 11:32