The Immaculate Conception of Our Lady


Today is the Solemnity of the Immaculate Conception of Our Lady. 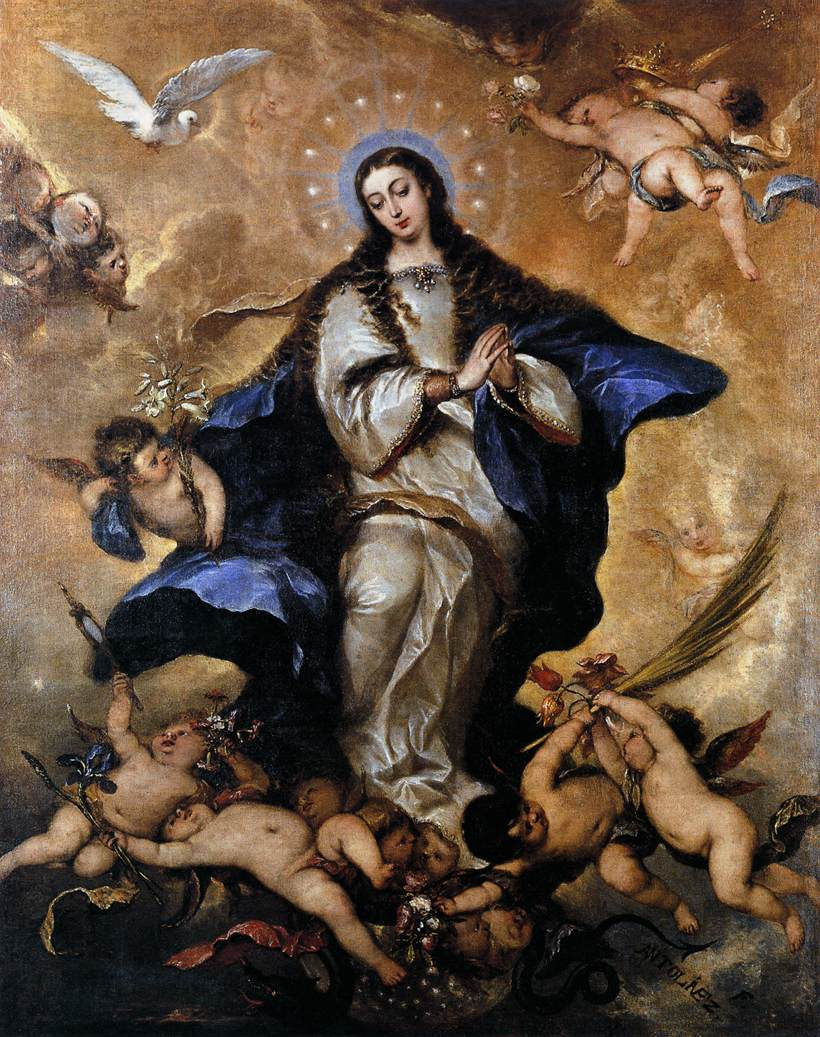 At the Oxford Oratory we have been preparing with the usual Novena in church, but this year, unfortunately, I was only free to attend on a few of those days. Yesterday evening we had a very fine celebration of Solemn Vespers and Benediction.

This lunchtime I attended the Low Mass in the Extraordinary Form at the church and this evening I shall return for the Solemn Mass, at which the preacher will bre Fr Richard Biggerstaff of the St Barnabas Society. At the same time there will be another Extraordinary Form Mass celebrated for the feast at SS Gregory and Augustine here in Oxford

Not only is the Oratory under the patronage of the Immaculate Conception of Our Lady but so also is the Archdiocese of Birmingham, so it has a double significance for us.


There is a useful account of the historical development of the dogma underlying the celebration  here. My post from last year Celebrating the Immaculate Conception has a link to an online article about western and eastern traditions regarding the celebration of the feast and, also from last year, St Anselm on the Immaculate Conception provides the beautiful Breviary reading for today from the works of a former Archbishop of Canterbury and Doctor of the Church.

There is another, less well-known, painting by Antolinez of the Immaculate Conception at The Bowes Museum in Barnard Castle, dating from circa 1670, and is, I assure readers, quite breath-taking to see: 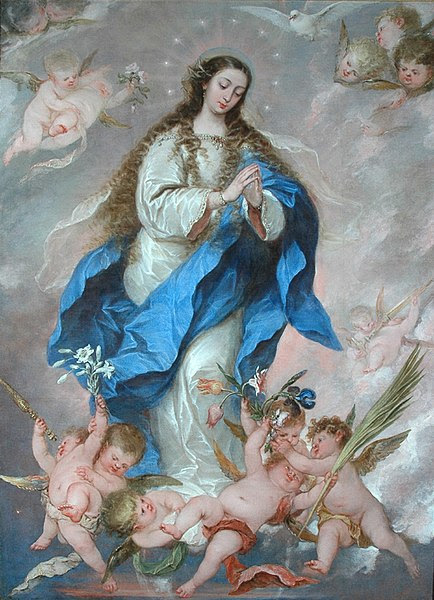 The painting is, in my opinion, quite lovely - one that stays in the memory with its charm and delicacy and joyful exuberance. Well worth a visit to the Museum for that alone.

José Claudio Antolinez (1635-75) spent most of his painting career working in his home city of Madrid. He commonly painted depictions of the Immaculate Conception, done in a colourful and gentle style, yet also possessing that joyful and exuberant sense. By contrast, Antonlinez himself was known for having a bad temper and a considerable ego. His "haughty character and sarcastic personality gained him many enemies among his contemporaries", and he played maddening jokes on his colleagues. In addition to religious paintings, he also produced several portraits and genre scenes. He died in Madrid from a fever in 1675 after suffering a number of wounds during a fencing match.


Deep night hath come down on this rough-spoken world
And the banners of darkness are boldly unfurled;
And the tempest-tossed Church - all her eyes are on thee,
They look to thy shining, Sweet Star of the Sea.