Victims of the Battle of Towton

In recent years there have been several books about the battle, but so far I have not managed to read them. However one I would draw attention to is based on the detailed archaeological examination of skeletons of soldiers who died in the fighting and which were discovered in a mass burial at Towton in 1996. 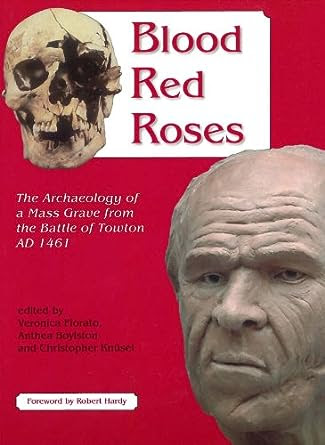 Blood Red Roses is published by Oxbow Books, who are based very close to where I live in Oxford. the book is now in a second edition and is established as an exemplary case study of such battlefield archaeology.

In the years before I came to Oxford I used to organise a Requiem for the fallen of Towton in Saxton church, where many are buried in the churchyard, and in whose parish the battle sites lie. I always try to remember them in my prayers on this day and invite others of you as readers of this blog to do as well.